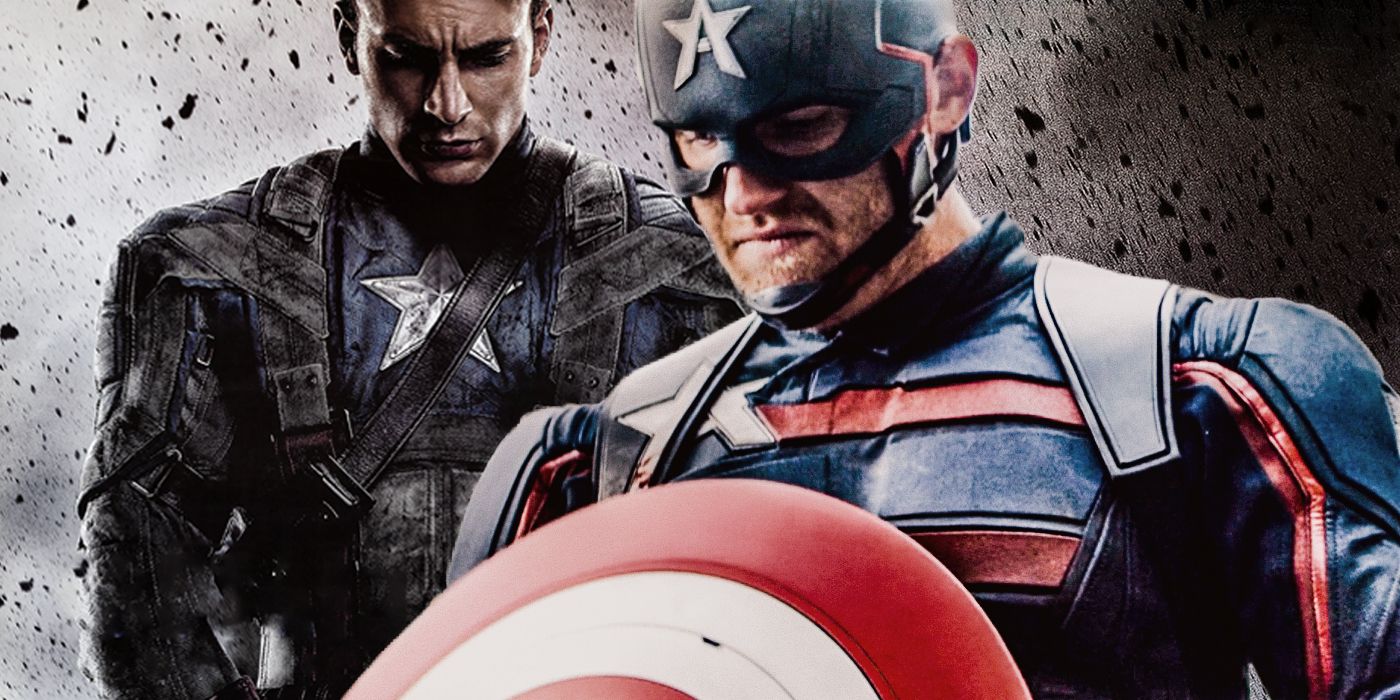 Marvel Comics answered this question early on with a one-on-one fight between Captain America and (as he was initially known) Super-Patriot. Steve Rogers was shocked by the strength and fighting skill of this newcomer, and the two of them ended up trading blows for an hour with neither one of them being able to keep the other down. Eventually they were both exhausted and the fight ended with a draw, proving that the incoming Captain America was a perfect match for the original – at least, in terms of strength.

The MCU’s Steve Rogers has demonstrated feats of enormous strength. In Captain America: Civil War he was able to prevent a helicopter from flying away by anchoring it to the helipad with nothing but the power of his biceps. In Avengers: Infinity War he was able to grapple with Thanos, briefly matching the strength of a Titan wielding an Infinity Gauntlet. Even Thanos was visibly taken aback by Steve’s raw strength, which is saying something considering how many battles he’d fought in during his lifetime. But what little we’ve seen of John Walker post-serum suggests that he could hold his own in a fight with Steve, and that the two of them could well end up in a stalemate similar to their first fight in the comics.

The two Captain Americas aren’t exactly the same, however. John Walker’s poor emotional control and lack of restraint means that he doesn’t instinctively pull his punches in order to prevent serious harm, and likely isn’t afraid to play dirty in order to win a fight. Steve Rogers, meanwhile, has greater strength of character, making him worthy to wield Mjolnir in Avengers: Endgame. He’s less hampered by his own ego than John is, which makes him a stronger leader capable of inspiring loyalty and determination among his allies. And in the hearts of MCU fans, John Walker will never be able to live up to Steve Rogers’ legacy.