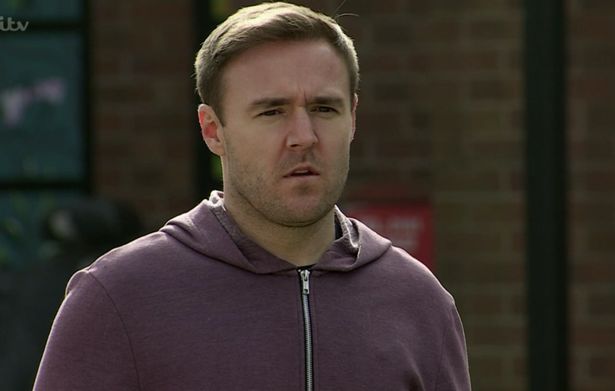 Coronation Street’s Tyrone Dobbs was left picking up the pieces of his betrayal of partner Fiz Brown this week.

But many viewers were more distracted by the fact he was referred to as “middle aged” by Fiz’s brother Chesney.

While some didn’t think anything of it, others were left confused he was even “old enough” to be labelled with this term.

It left some fans asking what his real age was, with it suggested on the soap and online that he is 38 years old.

This caused a debate between many viewers, as some did consider 38 as middle aged, but others felt he was too young.

This was echoed by a fourth fan who tweeted: “I do wish they would stop calling Tyrone “middle age” because if he’s middle age, what the hell does that make me?!?!?”

The comments didn’t stop there either, with another writing: “So if Tyrone Dobbs is 38 years old why are people on the street calling him middle aged?? @alanhalsall #Corrie #Fiz.”

“Why do they keep calling Tyrone middle aged. You’d think he was pushing 50 plus,” commented another viewer.

But some fans believed Chesney was correct, with one writing: “All the 30somethings on here screaming the Tyrone isn’t middle-aged yet. Actually, yes, you’re middle-aged at 30 – you just don’t know it yet.”