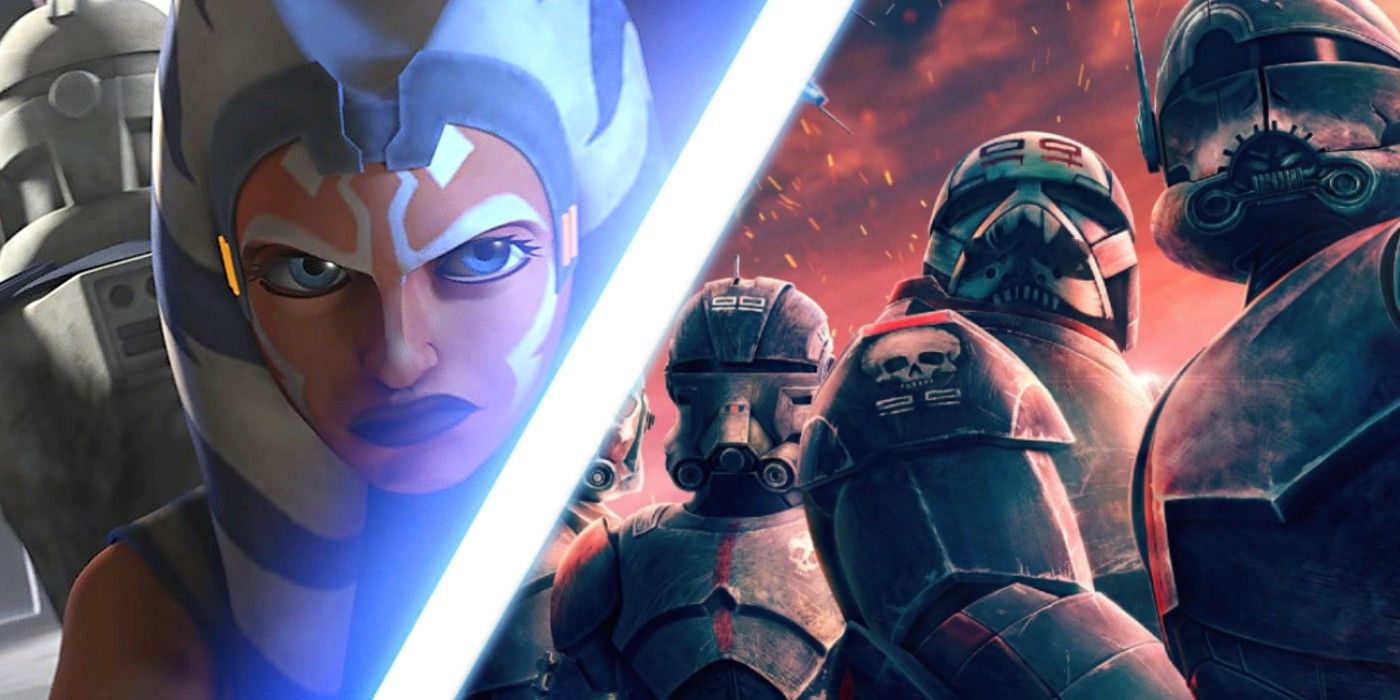 From there, The Bad Batch‘s story continues into the earliest days of the Galactic Empire, focusing again on the clones and what takes place on their homeworld of Kamino. These events likely come after the last time Ahsoka and Rex appear in The Clone Wars, with their departure from the moon where Ahsoka leaves her lightsaber happening not long after Order 66 is given. The Clone Wars season 7’s final scene, however, of Darth Vader visiting the moon and discovering Ahsoka’s abandoned saber is thought to take place months later, putting it further in the future than The Bad Batch‘s season 1 premiere.

As The Bad Batch season 1 progresses, it’s sure to eclipse that Vader scene, with it even possible the Sith Lord could feature in an upcoming episode. Already, Admiral Tarkin plays a significant role in The Bad Batch, and as Clone Force 99 travels the galaxy, they’re sure to run into more characters from this era of Star Wars. Captain Rex, for example, is confirmed to return, and with how closely the two series are set, it wouldn’t be surprising if he isn’t the only other Clone Wars character to appear. The Bad Batch picks up the saga exactly where The Clone Wars leaves off: in the wake of the Republic’s collapse, with Clone Force 99 set to experience the earliest days of the Empire’s dominance over the galaxy.