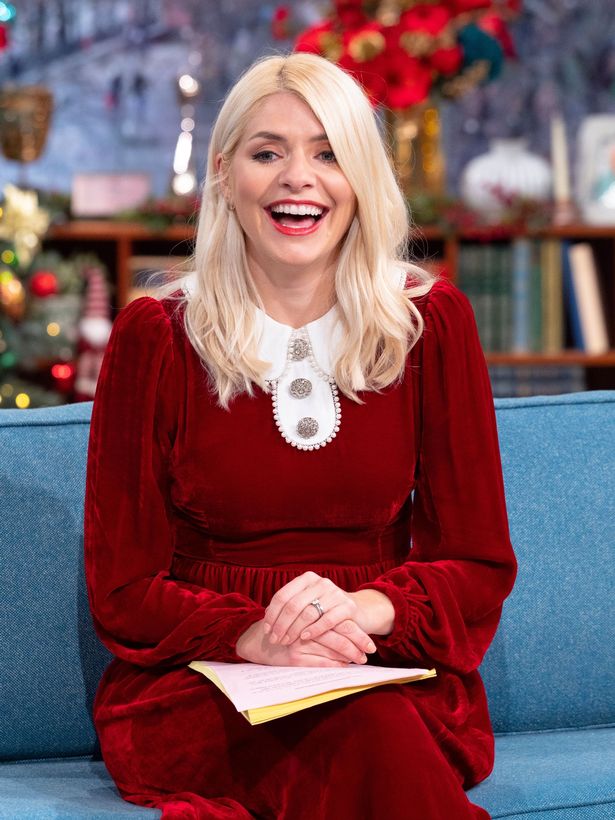 Holly Willoughby shocked co-star Phillip Schofield after admitting that she wanted a fourth baby on the show today,

The hosts appeared on the ITV programme for the first time on Christmas Day, and Holly was in a very jolly mood as they celebrated the festive period.

But as they spoke to Rochelle Humes on the show and met the newest member of her family, baby Blake, Holly was also left feeling a bit broody.

Speaking to the hosts via video link, Rochelle said: “He’s doing so well and is well behaved. He gets far more engagement on social media than I do!

“But it’s really nice, and I think because he’s a boy there’s no competition, they are just trying to be mini mummies!”

Holly, who is mum to Chester, Belle and Harry, confessed that she would like to “have another” as she and Phil waved goodbye to Blake.

Phillip hastily responded: “No, you don’t!”

Holly exclaimed: “I do!”

But Phil insisted: “No you don’t, you’ve got enough!”

Sighing, Holly relented: “Okay, but I do!”