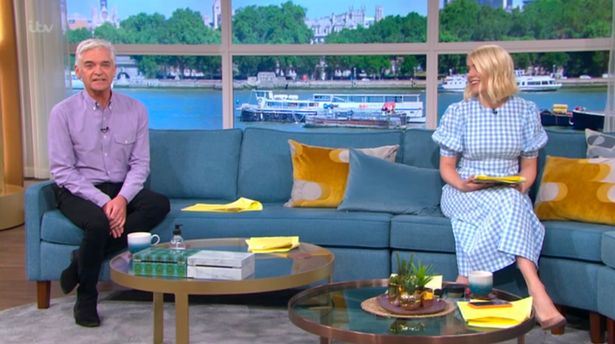 This Morning host Holly Willoughby was left in hysterics on the show on Wednesday daytime, as her co-host Phillip Schofield told her to “lick his face” on the show.

Phil was seemingly told by producers in his earpiece that he was sat too close to Holly on the currently extended show sofa.

The pair are currently not allowed to sit or stand next to each other and have to be apart in the studio, due to the coronavirus pandemic.

Current restrictions encourage people to follow social distancing rules, even now that up to six people can meet inside from different households.

Holly then told him: “Budge up you, not yet. Bit longer to wait and then you can come and sit here.”

As Holly and the backstage crew began laughing, she revealed it was “in the diary” and Phillip added that viewers “wouldn’t know what it was about”.