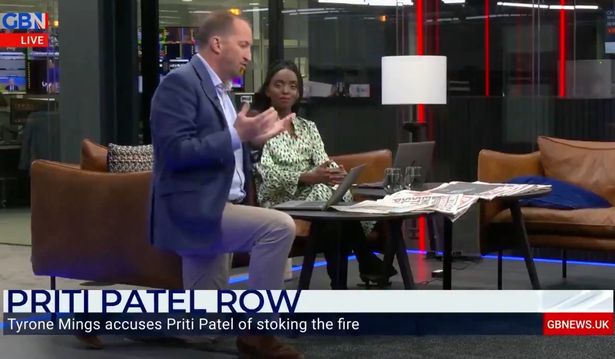 GB News presenter Guto Harri has quit his job after he was suspended for taking the knee live on air last week.

According to reports, Harri confirmed his decision to leave the new channel on Sunday.

After taking the knee during his show on July 13, GB News tweeted “On Tuesday a contributing presenter took the knee live on air and this was an unacceptable breach of our standards.”

On Friday, incoming presenter and former Ukip leader Nigel Farage said he “will not be taking the knee for anyone” on his new show.

BBC Wales claims to have seen Harri’s resignation letter in which he reportedly asked the organisation to “please explain how that [Farage’s stance] does not breach editorial standards but I did”.

The Guardian claimed McAndrew decided to quit after coming under pressure to favour ‘culture war’ topics.

He was said to have been asked to “dial down” the focus on local reporting.

Attempting to calm the storm, he posted on Twitter : “Start ups are fraught and fractious. @GBNEWS is no exception. But the news channel is finding its feet and has a great future. Watch this space.”

He has insisted that the channel’s future remains bright, despite the fact that its viewing figures have been falling since its launch month.