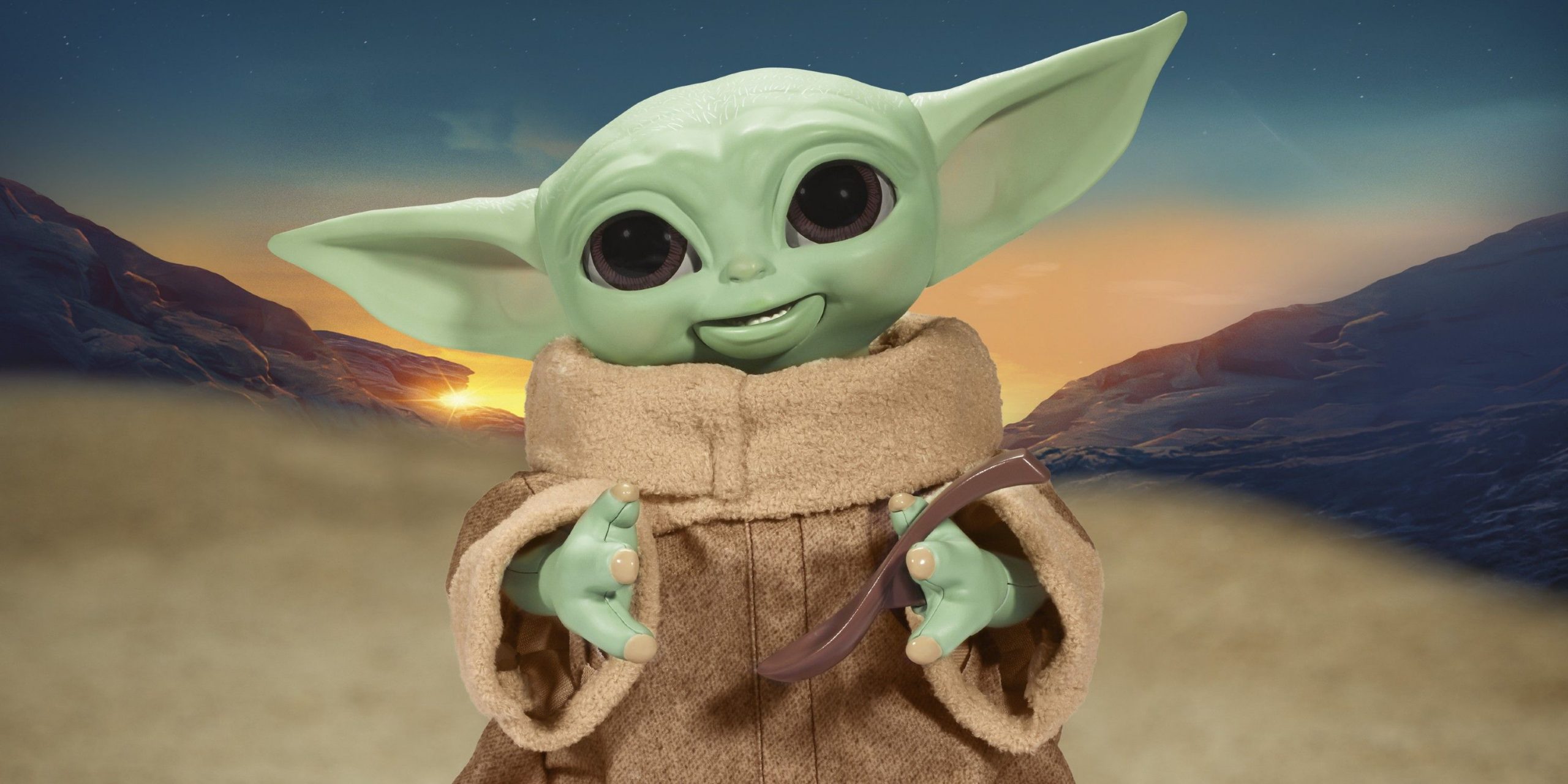 Perhaps one of the most exciting features of this new animatronic toy is its force activation. As fans of The Mandalorian know, Grogu is force-sensitive. Patting the toy’s head three times will activate a two-handed Force move inspired by scenes from season 2 of the show. The Galactic Snackin’ Grogu includes additional features such as a moving head, eyes, ears, and arms that reach out when he is picked up and held.

Considering the toy’s release date will be this fall, Hasbro is obviously gearing up for holiday shopping for 2021. However, since last year’s animatronic Baby Yoda was such a huge holiday hit, and this year’s toy is clearly an upgrade, it will be more and more difficult to find it in stock as the holidays draw near. The Galactic Snackin’ Grogu inspired by The Mandalorian is available now for preorder at $79.99 from most major retailers, including Hasbro Pulse, Amazon, Walmart, shopDisney, and Target.