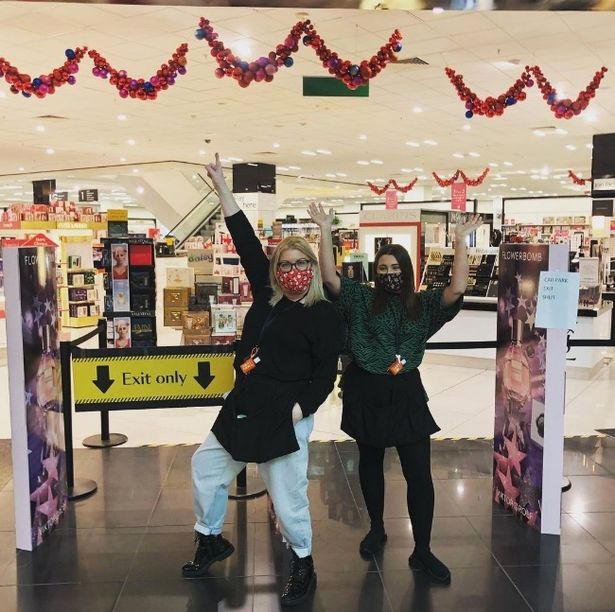 Gogglebox star Sophie Sandiford has opened up about losing her job at Debenhams in her latest social media post.

The 24-year-old reality star – who appears on the Channel 4 show alongside her brother Pete – is one of thousands of staff whose jobs were put at risk after Debenhams confirmed it was going into liquidation.

Addressing her Instagram fans, Sophie has vowed to keep smiling despite the collapse of the retail store that she had worked at.

Sharing a picture of herself and a friend at the entrance of Debenhams, the television star appeared in high spirits nonetheless.

In the snap, Sophie wore a pattered face mask and a staff key chain that appeared to have a bottle of hand sanitiser attached to it.

During the emotional clip, Sophie became tearful as she reflected about people’s jobs and livelihoods being affected by the latest lockdown measures.

She added that the lockdown was “s*** for everyone.”

Today as the lockdown measures were lifted, Sophie returned to Debenhams just one day after staff were notified that the department store would be winding down trade.