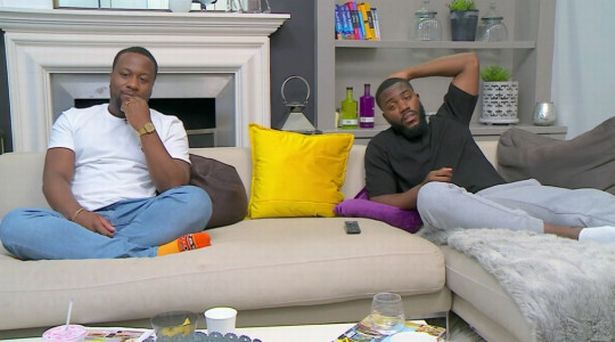 Celebrity Gogglebox star Mo Gilligan has won applause from viewers as he gave his view on the racism that was directed at England football players Marcus Ashford, Jaydon Sancho and Bukayo Saka following the Euro Cup final last weekend.

The 33-year-old stand-up comedian featured on the latest episode of the hit Channel 4 series – appearing on scenes reviewing TV from the previous week alongside fellow comedian comedian Babatunde Aleshe.

Part of the the footage the pair were tasked with reviewing included news reports about the England Euro Cup game against Italy – and the sickening abuse sent towards Marcus, Jaydon and Bukayo via social media following the penalty shoot out loss.

Mo expressed his view that general opinions regarding black sports players can change with the fortunes of their progress.

And another cheered on Mo, declaring: “Wise, wise words…”

The UK has been united against the abuse sent towards the three England team players after they received messages of hate online.

High profile personalities from Prime Minster Boris Johnson, Prince William and Good Morning Britain star Susanna Reid have made efforts to condemn the abuse sent towards the sport stars and to underline that racism won’t be tolerated in modern day Britain.

Meanwhile police have so far made four arrests in connection to abuse sent towards the Euro Cup stars following investigations.

While there have been widespread calls for social media companies such as Facebook, Instagram and Twitter to do more to confront and oppose racist comments sent via their channels.

While reports this week have claimed the vast majority of abusive messages sent to the players online originated outside the UK, suggesting there is still a very uphill struggle to confront racism ahead both in the UK and beyond.