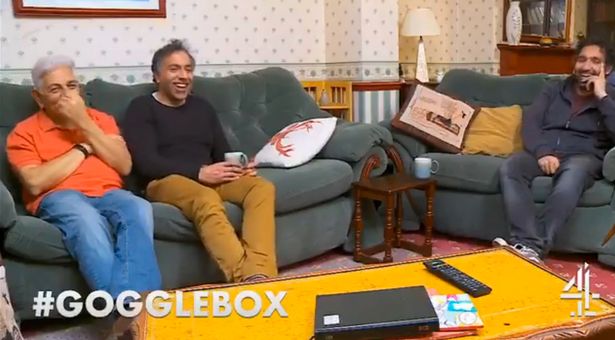 Gogglebox stars the Siddiqui family tore into Prince Harry’s appearance on The Late Late Show with James Corden after he revealed the rather posh gift his grandmother the Queen got for his son.

For one-year-old Archie, who Harry shares with Meghan Markle, Queen Elizabeth bought a waffle maker, and the clip went viral.

Watching the show, Umar joked: “So was this waffle maker an actual person? ‘I am here just to make your waffles’,” as his family erupted into hysterics.

One viewer giggled: “Can always rely on the Siddiqui’s for a hilarious one liner!”

“Most astute family on the show,” remarked another.

“He loves it. And now I have waffles for breakfast, bit of yogurt, bit of jam on top. I don’t know if that’s the right thing to do. Berries, bit of honey.”

But James then interrupted, saying: “Sorry you’re glossing over the fact that I cannot for the life of me imagine the Queen ordering a waffle maker to be sent to Santa Barbara. I can’t get my head around it.”

Harry replies: “I don’t even know how to comment on that.

“Archie wakes up in the morning and literally just goes ‘waffle?’.