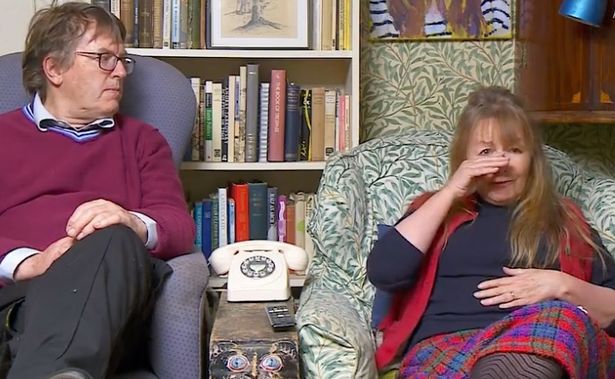 Gogglebox’s Jenny Newby and Mary Killen shed tears for Prince Philip as the news of the Duke of Edinburgh’s death was announced.

The pair sobbed on their sofas to the BBC’s report of the Duke of Edinburgh’s death on April 9.

Jenny was the first to cry before her best friend Lee joked that he would “let her off” for her emotions this time.

She emotionally said: “I don’t know what to say, I think it’s the first time I’ve been lost for words.”

Welsh Shirley Griffiths was also seen to be taking the news hard. With a break in her voice, she confessed that Philip reminded her “of her grandfather”.

And it was the thought of the Queen’s grief that set Mary Kellen off before she was comforted by husband Giles.

Some fans felt that the show, which aired on Channel 4 at 9pm last Friday as planned, should have been pulled and only tributes to the Duke should have been shown as was the case on other stations.

However, there were complaints made against the BBC for its constant coverage. The channel axed EastEnders and the final of Masterchef to air specials on Prince Philip.

The prince will be laid to rest today (Saturday) in a service at Windsor Castle with just 30 mourners present in line with current coronavirus guidelines.

The Queen, Princes Charles, William, and Harry will all be in attendance.