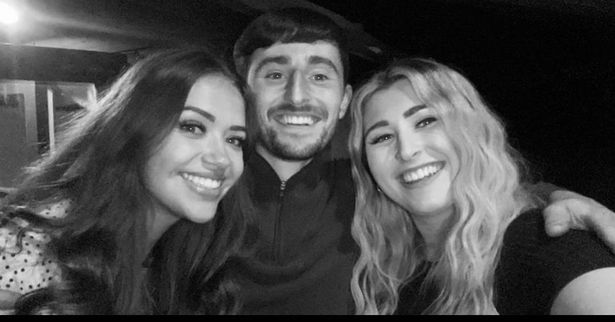 Viewers watched as Pete told sister and Gogglebox co-star Sophie that the stress of planning the wedding was even turning his hair grey.

He even bowed his head in a bid to show Sophie, 24, his grey hairs.

Continuing on the topic of the wedding, Pete also revealed plans for his wedding buffet which he said will include “cheese, sausages, pineapple and cocktail sticks”.

“Yeah, I think,” he replied. “I feel like an even bigger responsibility. I don’t know why. I’m going to have a wife.”

Pete has previously remained tight-lipped over his relationship. He first shared an image of himself and Paige back in October on his Instagram.

In post shared on October 2, Pete wrote: “My Mrs and best mate what more could I ask for, don’t worry @sophiesandiford1 you are a close second best friend.

Gogglebox airs on Fridays at 9pm on ITV.