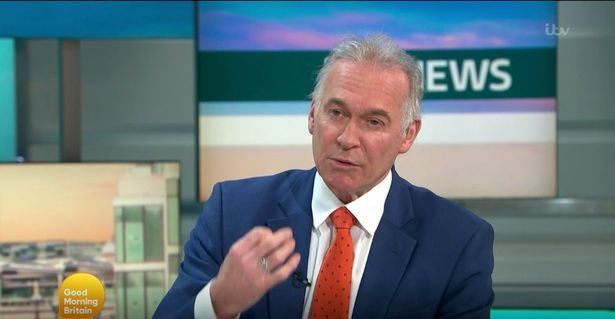 Dr Hilary Jones has found himself on the receiving end of online criticism after speaking out in defence of his friend and former colleague, Piers Morgan.

Controversial Piers quit Good Morning Britain on Tuesday after remarks he made about Meghan Markle and Prince Harry’s interview with Oprah Winfrey sparked a furious backlash.

Meghan logged a complaint with ITV over the nature of Piers’ coverage, which included casting doubt on her claim that she had struggled with suicidal thoughts.

And now medical expert Dr Hilary has given his thoughts on Piers as an individual – branding him a “champion of the little people.”

They wrote: “yes I believe in freedom of speech but when someone is constantly putting his point across about something and someone else says their point (which he doesn’t like) and walks off set i think is appalling behaviour. I also say its GMB NOT The Piers Morgan show!!!”

If you’re struggling and need to talk, the Samaritans operates a free helpline open 24/7 on 116 123. Alternatively, you can email [email protected] if you’d prefer to write down how you feel. You are not alone.