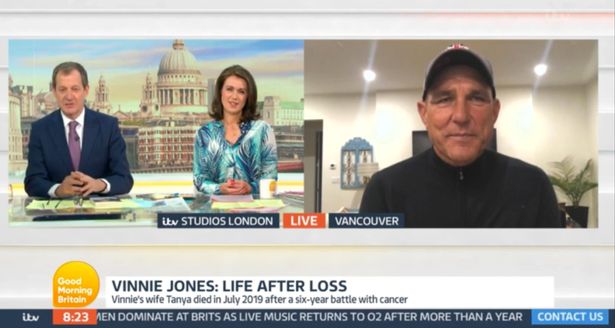 His error went unnoticed by co host Susanna Reid, but viewers messaged the show to point out the blunder and he later corrected himself.

The former Press Secretary to Tony Blair has been guest hosting the show after Piers Morgan stepped down after row over Meghan Markle.

While interviewing Vinnie Jones, Alastair, 63, said: “We’ve been talking a lot about Prince Philip after the death of the Queen. ”

Alastair hit back: “If you mean me @piersmorgan – @schooltruth and I have a charity account which takes a share of my earnings, which go to causes we believe in, mainly mental health and education for poorer children.

“I do paid speaking gigs and often ask for fees to be paid to charity.”

But Piers denied Alastair had been the inspiration for his Twitter comment, brutally hitting back: “No, I was talking about celebrities.”