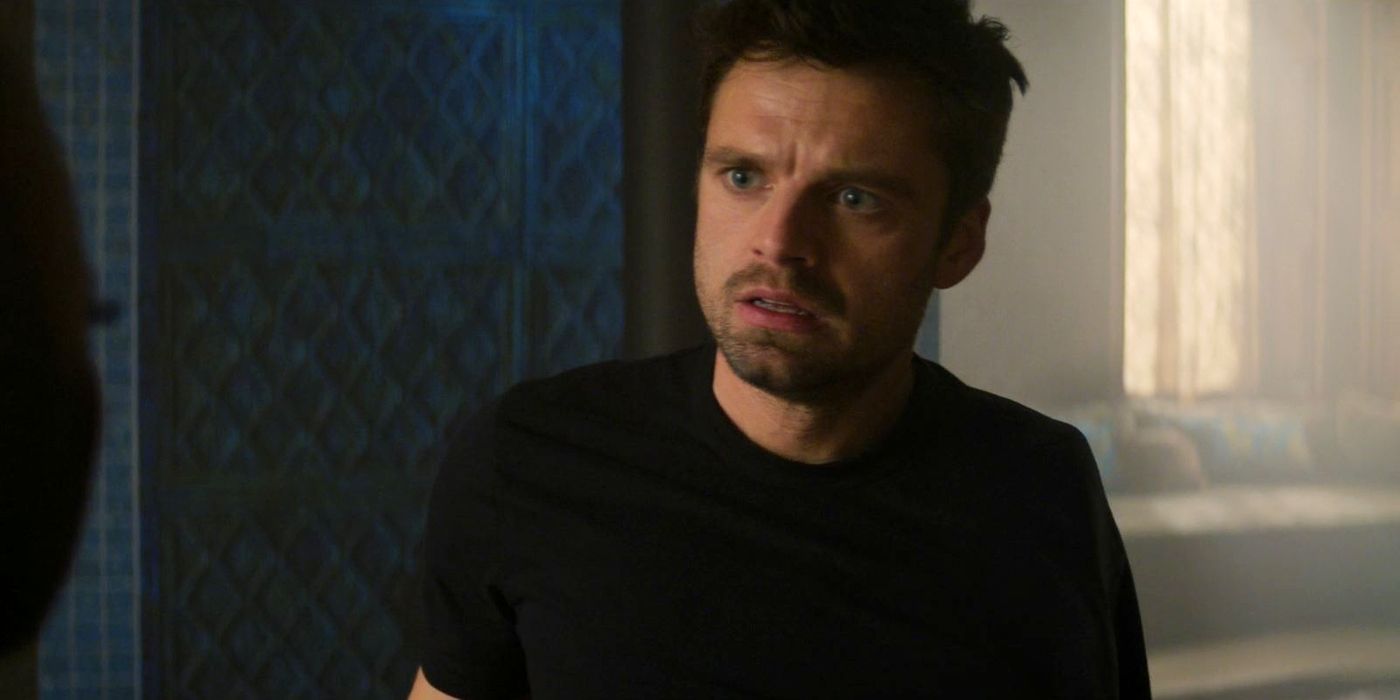 A The Falcon and The Winter Soldier video shows how much of Bucky Barnes’s vibranium arm was created with practical visual effects. The second MCU television series to premiere this year on Disney+, following on from the critically acclaimed WandaVision, the events depicted in The Falcon and The Winter Soldier are set six months after the climactic final battle against Thanos in Avengers: Endgame. Focusing on the journeys of Steve Rogers’ two closest friends, Anthony Mackie’s Sam Wilson and Sebastian Stan’s James “Bucky” Barnes, the series charts the initial steps of the ambitious MCU Phase 4 which must now deal with the deaths of Tony Stark’s Iron Man and Natasha Romanoff’s Black Widow, as well as the absence of Steve Rogers’ Captain America.

Bucky first lost his arm whilst falling to what everyone assumed was his death in 2011’s Captain America: The First Avenger, but he eventually returned with a new titanium appendage courtesy of Hydra who also brainwashed him into becoming the legendary assassin, the Winter Soldier. When Steve Rogers and Bucky came to blows with Tony Stark at the end of Captain America: Civil War, however, his original prosthetic arm was destroyed by a blast from Stark’s unibeam. When Steve took his childhood friend to Wakanda to recover from the effects of his Hydra programming, he not only came away with the new name of “White Wolf”, but also a new arm constructed from vibranium, the same indestructible metal used to make Captain America’s shield.

In this latest interview with The Falcon and The Winter Soldier’s VFX supervisor Eric Leven explains that whilst filming the series a rubber sleeve was used throughout production to mimic the vibranium appendage. However, to reproduce the lighting and reflective properties of vibranium, as well as deal with how the rubber sleeve stretched when Sebastian Stan’s arm was bent, computer graphics were required to replace a great deal of the arm in the final product. Leven estimates that only around “30 to 40 percent” of the time that Bucky’s arm is shown on screen is the original practical rubber sleeve.

Where most television series would typically attempt to manage production costs by retaining as many practical effects as possible, the use of CGI to create Bucky’s arm in The Falcon and The Winter Soldier just goes to show how Marvel Studios are approaching these new shows with a clear cinematic mindset. In fact, Kevin Feige and Marvel Studios have reportedly thrown an impressive $150 million US toward making the six-episode series, a movie-level budget just shy of Captain America: The Winter Soldier’s $170 million. By comparison, Marvel’s Agents of S.H.I.E.L.D. roughly cost $8-9 million per episode and that is leaning toward the very top end of a typical television budget.

The resources that Marvel Studios are throwing into these new MCU connected shows are a clear indication of the importance they hold in the franchise as a whole. Rather than merely just another spinoff, they are an integral part of the connected MCU narrative with big-screen, blockbuster production values. Luckily Marvel fans can look forward to many more MCU goodies this year, starting with Loki’s first episode releasing on June 9. Until then The Falcon and The Winter Soldier is currently streaming on Disney+.