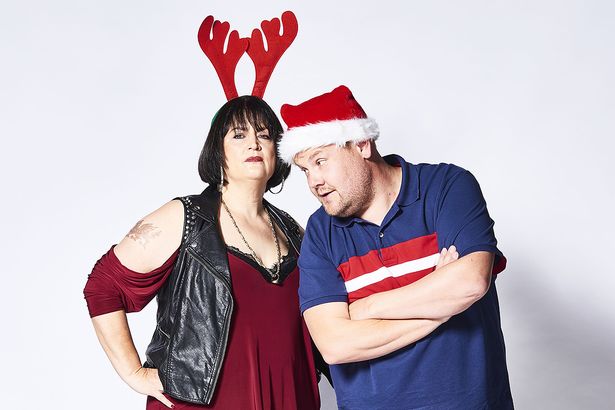 The Gavin and Stacey Christmas special has been re-edited to omit a potentially offensive word from a scene where characters sing the Pogues’ classic festive song Fairytale of New York.

The BBC are set to air a repeat of the 2019 festive special episode of the long-running comedy show on Christmas Eve.

Controversy has surrounded the Fairytale of New York in recent years amid arguments over the use of the word “f***ot” in the lyrics.

Falwell 73 spokesperson told The Sun: “In keeping with the programme’s themes of joy, love and inclusivity, Fulwell 73 have decided to re-edit the song. We are grateful to the BBC for allowing us to make this change.”

While a BBC spokeswoman added: “Attitudes change over time and we appreciate language is a sensitive and important topic for some people. We respect Fulwell’s decision.”

Pogues frontman Shane McGowan has previously explained his decision to write the word “f***ot” in the lyrics saying it was a creative decision to make the ‘character’ played by Kirsty MacColl more authentic.

He told a 2018 interview: “The word was used by the character because it fitted with the way she would speak and with her character.

“She is not supposed to be a nice person, or even a wholesome person. She is a woman of a certain generation at a certain time in history and she is down on her luck and desperate.

“Her dialogue is as accurate as I could make it but she is not intended to offend!”

He added: “If people don’t understand that I was trying to accurately portray the character as authentically as possible, then I am absolutely fine with them bleeping the word, but I don’t want to get into an argument.”

The 2019 Christmas special of Gavin and Stacey was the most-watched scripted show of the decade and pulled in over 17 million viewers for the Beeb.

The Gavin & Stacey 2019 Christmas Special is set to be repeated on BBC One tonight at 8:40pm.