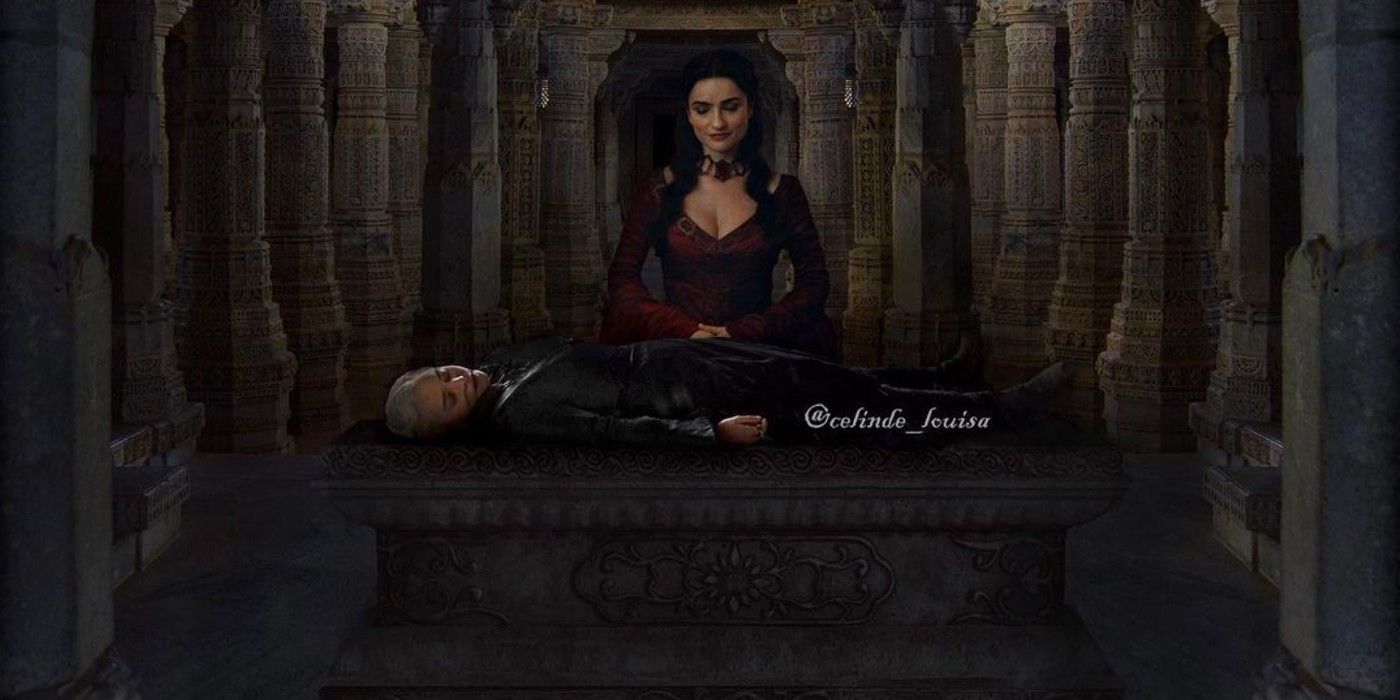 Game of Thrones fan art imagining a season 9 brings a popular Daenerys theory to life. Ever since its debut in 2011, the television adaptation of George R.R. Martin’s A Song of Ice and Fire series reigned as one of the biggest shows on television. It told the story of the warring houses of the fantastical world of Westeros as they vied for control of the Iron Throne. Despite riding a wave of immense critical and fan acclaim, Game of Thrones creators David Benioff and D.B. Weiss decided to bring the show to a close after eight seasons. To say the final season was divisive would be putting it lightly, as it is one of the most polarizing television conclusions in recent memory.

One of the most controversial parts of Game of Thrones season 8 was Daenerys Targaryen’s arc. Many wanted her to take the Iron Throne at the end of the show, but instead, following a string of devastating losses, Daenerys went mad, burned down Kings Landing, and ultimately died at the hands of her lover/nephew Jon Snow. Daenerys’ body was last seen being taken away by her remaining child Drogon to lands unknown, and fans have been left to speculate about what would become of her.

A popular fan theory says Drogon took Dany to Volantis so she could be resurrected by Red Priestess Kivara. A fan piece created by Celinde Louisa imagines that very scenario, with Daenerys’ body resting before Kivara as she prepares to revive the slain Khaleesi. Should Game of Thrones have moved onto a ninth season, it’s safe to say fans would’ve liked to see this happen. Check out the piece down below.

Though Daenerys’ story reached a tragic (and for many, disappointing) end on Game of Thrones, there’s a chance it could turn out differently in the novels. Martin has yet to complete his A Song of Ice and Fire series; fans are still waiting for the sixth book, The Winds of Winter, which has been in the works since 2011. Daenerys could very well end up triumphant within the pages of the final books.

Sadly, when it comes to the show, fans are left with a body flying away in Drogon’s clutches. Daenerys’ Mad Queen ending has remained a highly contested plot point among fans even a year after Game of Thrones’ conclusion. Fan art like the one above can at least give audiences a more comforting scenario for their imaginations. Daenerys might be gone in canon, but in fan works everywhere, she can be brought back to life.