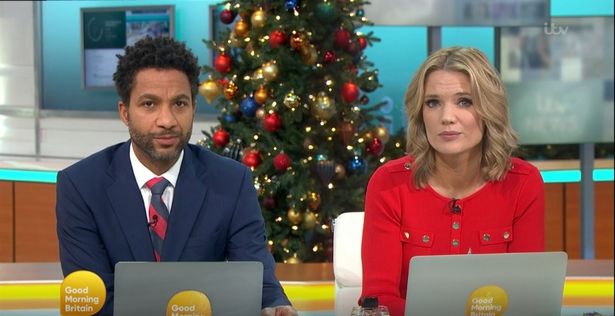 Good Morning Britain host Sean Fletcher was slammed by viewers on Wednesday over a “thoughtless” comment, during a debate about whether schools should remain open.

He was referencing an article he said he’d read this week which stated “Only six under 19s with no underlying conditions died from Covid-19 in England”.

Amid soaring cases of coronavirus across the UK, with record amounts of daily cases, many have called for schools in England and the UK to delay reopening in January.

There’s been a rise in cases of Covid-19 in young people too, while more places across England are to be plunged into Tier 4 very soon.

Sean and co-host Charlotte Hawkins spoke to guests Jacqui Smith and Inaya Folarin Iman, asking whether children should be kept at home.

One viewer wrote: ” #GMB Presenter ‘ONLY 6 under 16s have died.’ Well that’s ok then. Must be a great comfort to the parents of the 1 year old that died last week. How many elderly have died from contact with infected under 16s?”

Another agreed: “What an awful thing for him to say. And no one has considered the many kids in school who do have health conditions.”

A third added: “*Only* six children have died…awful thing to say. And how about children spreading it to others especially with this new strain. Werent they super spreaders not long ago.”

Another said: “Only six children have died from COVID. I really hope the parents of them ONLY SIX aren’t watching you this morning.”

A fifth echoed this by tweeting: “Thought that too. Thoughtless comment.”