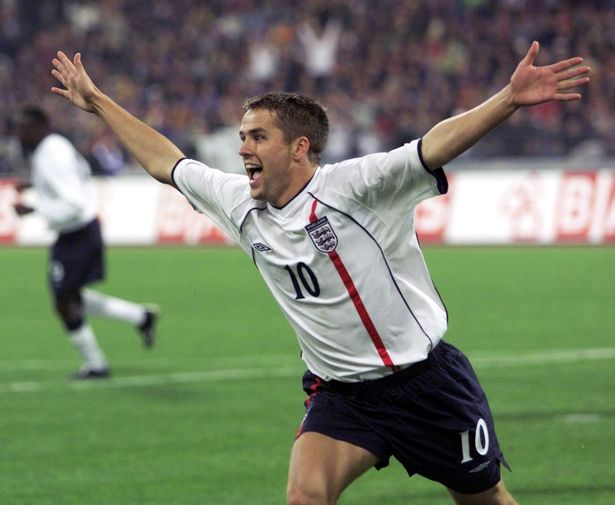 BBC bosses are said to be keen to sign the 41-year-old former Liverpool star and has been on the “wish list” for a while.

A source told The Sun : “In previous years the answer has been a flat no from Michael, but this year a conversation is taking place, so everyone is very hopeful.”

They added that he would be a “huge hit” with fans.

If he were to appear on the BBC dancing show, Michael Owen would join a long list of footballers who have waltzed across the Strictly ballroom, including Alex Scott, David James, Robbie Savage, Peter Shilton, John Barnes and Peter Schmeichel.

However, a footballer has never won the show while two cricketers – Mark Ramprakrash and Darren Gough – have held up the Glitterball trophy.

This comes after Strictly pro Anton Du Beke, who is the only original professional from the very first series, opened up to The Mirror about how he was grateful for the fame he had garnered from the show.

He said that it brings so much happiness to his mum after her troubled marriage to his dad.

The Strictly star, 54, added his mother bleached her greying hair when she got divorced and “sort of turned into a hardly recognisable rock chick”.

He said: “What I love more than anything else about being well known is the impact it has on my mum.

“My mum is fabulous and lovely. I love that she’s sort of got a bit famous… and she comes along now and again to see the show and it’s great.”

Talking about life in his 20s, he said that although he lived at home for long periods “there was no interaction” with his father at that time “as our paths rarely crossed”.

Anton, who grew up in Sevenoaks, Kent, with Spanish mum Ascension and Hungarian dad Antal, said that after his parents separated it was “nice to see my mum’s life start to improve”.

He added: “She had very dark hair… and the greying hair was going through and she looked fantastic and distinguished. But when the divorce came through, she peroxided her hair blonde, and suddenly turned into some sort of rock chick I barely recognised.”

*Strictly Come Dancing returns in September on BBC One