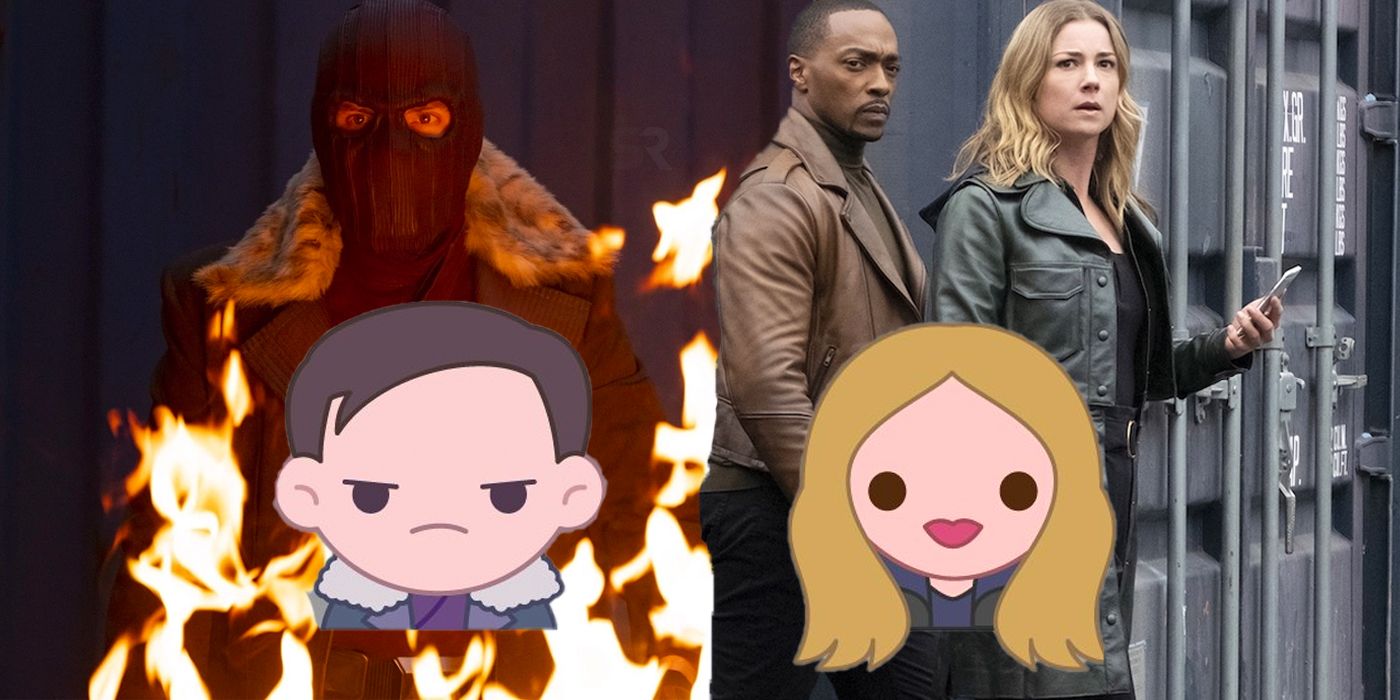 Twitter rolls out new character emojis now that Baron Zemo (Daniel Brühl) and Sharon Carter (Emily VanCamp) have joined The Falcon and the Winter Soldier. The Falcon and the Winter Soldier is Disney+’s latest MCU series and it has done impressively well so far; its premiere even managed to garner more views than the first episodes of its popular predecessor, WandaVision. The show is halfway through its first season, and the plot is finally starting to ramp up.

Although WandaVision technically kicked off the MCU’s Phase 4, The Falcon and the Winter Soldier has the responsibility of properly showing fans how the world functions post-Avengers: Endgame, now that everyone has been snapped back into existence. Amidst the chaos of rebuilding society, there is a group of people known as the Flag-Smashers, who enjoyed life more during the five years in which half the population was gone. So far, fans have seen them covertly traveling across Europe, stealing resources, finding more recruits, and working towards their main goal of taking down those who have returned to power post-Blip. Bucky (Sebastian Stan) and Sam (Anthony Mackie) are teaming up to neutralize this threat, and they have needed help along the way.

Episode 3 followed Bucky and Sam as they helped break Baron Zemo out of prison to track down the source of the serum, which led them to the fictional island of Madripoor and a surprise reunion with Sharon Carter. Disney+ has released new emojis to commemorate the return of these two characters designed by frequent collaborator 100% Soft.

Zemo’s emoji includes the character’s usual frowning demeanor, while Carter’s emoji features a subtle smile. Entertainingly enough, this is actually the opposite of how the two appeared in the most recent episode. Zemo was uncharacteristically chipper throughout the story and even stole a second to dance along with the music while they were in the club in Madripoor. Meanwhile, Carter is much more jaded and severe after living on the run for the past 5+ years and seems largely resistant to returning to her old life in America. These attitudes may change as the series progresses, but right now, it serves as a surprising twist to the characters that fans have not seen since Captain America: Civil War.

Now that The Falcon and the Winter Soldier has laid the foundation for the show’s driving conflict, fans can expect even more action-packed episodes for the second half of the season. On top of the Flag-Smashers, Bucky and Sam now have to deal with the Wakandans seeking revenge for King T’Chaka’s death, which could push Baron Zemo into becoming the proper villain that he was in the comics. Also toeing the line between hero and villain is John Walker, who appears more antagonized with every moment Bucky and Sam exclude him. And, of course, fans are still anticipating some sort of resolution for Bucky and Sam’s relationship and/or personal struggles, which likely culminate in the promised tear-jerking episode 5 of The Falcon and the Winter Soldier. With just three episodes left of The Falcon and the Winter Soldier, it appears that there is still much more to come.