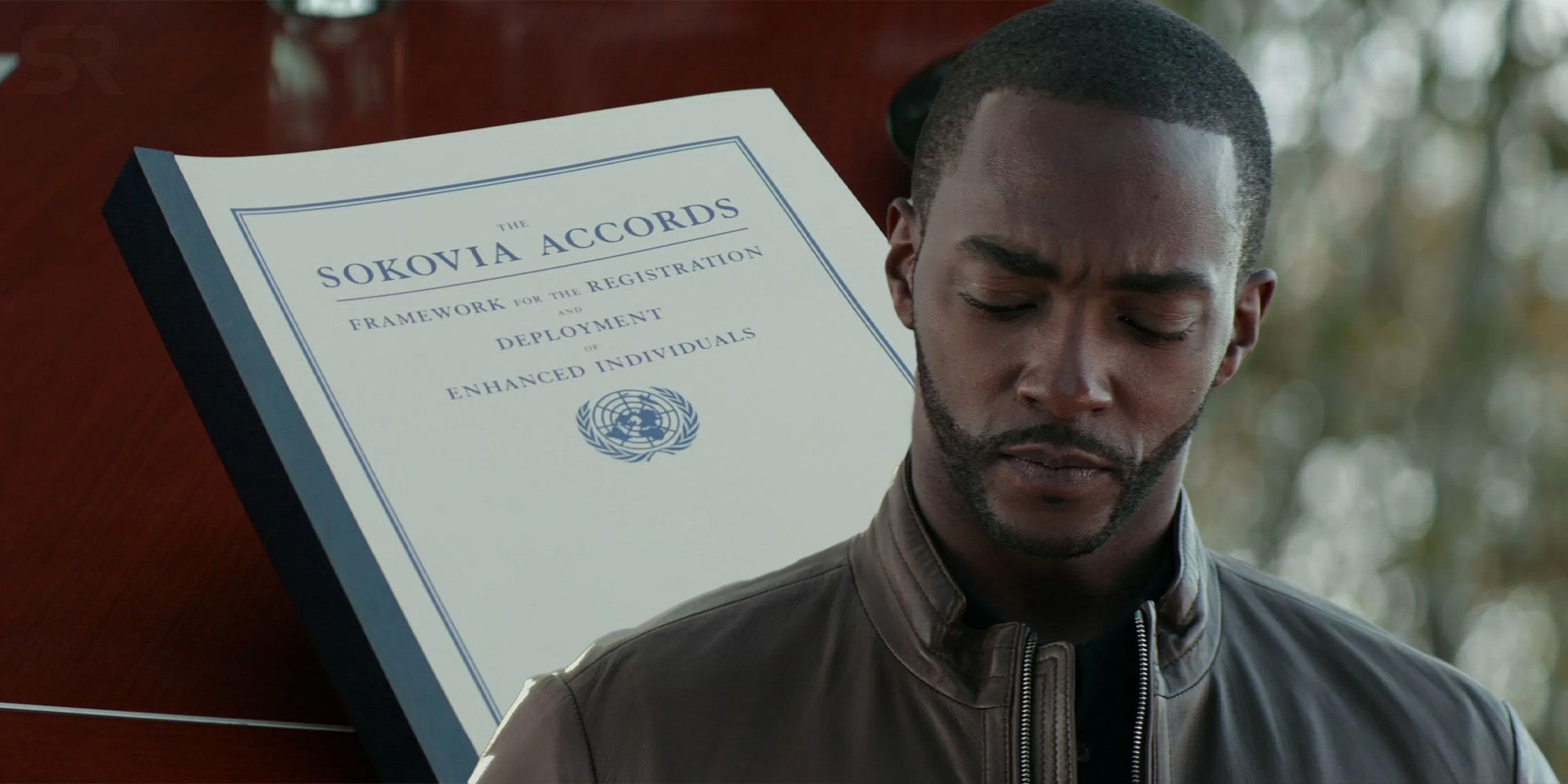 The Falcon and the Winter Soldier is confirmed to take place after the events of Avengers: Endgame, when Steve is officially retired from the MCU and the Captain America shield and mantle now with Sam. Considering that it’s been seven years since the Sokovia Accords was implemented and the universe went through so much during that time, it’s unclear who’s even overseeing its reinstatement. After the reverse snap, governments around the world must be scrambling to deal with the influx of people who returned from being snuffed out of existence due to Thanos’ snap. Then again, this tracks with what’s been revealed about the show thus far, particularly how John Walker  — the government’s choice for the new Captain America — is wielding the shield, essentially stripping Sam of his inherited superhero persona.

It’s curious how the Sokovia Accords will come into play not just in The Falcon and the Winter Soldier but in the MCU’s Phase 4 in general. Aside from Sam and Bucky’s adventures, it could ultimately impact Wanda as well, whose loss of control in Lagos was the catalyst to its introduction. Now, she may be endangering herself and other people, albeit unintentionally, in WandaVision as she lives in a fantasy world with Vision in Westview. If anything, Ant-Man was really the only member of Team Cap who served his sentence, and if they’re going after Agent 13 for her involvement with them, then it’s not outside the realm of possibility that all those who are still alive are being hunted as well.