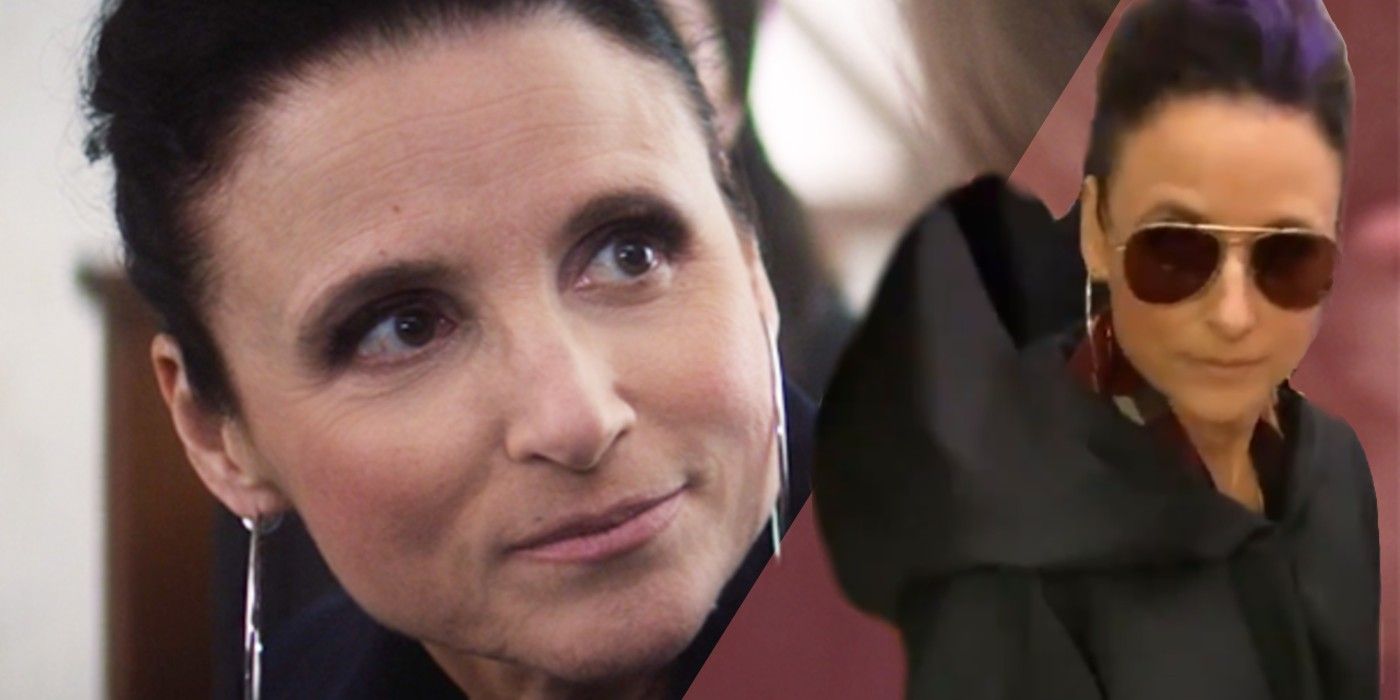 Julia Louis-Dreyfus just revealed on social media how Marvel was able to keep her role a secret in The Falcon And The Winter Soldier. Now that the show just ended viewers have been discussing all of their favorite twists and turns and unexpected characters that appeared. One such character was Contessa Valentina Allegra de Fontaine, played by Louis-Dreyfus. In the final two episodes, she recruits John Walker and offers him a role as the US Agent. Val didn’t have much to do in the show but the ending promising that audiences will likely see her again.

No one knew that Louis-Dreyfus was going to be in the show, which is pretty incredible since this information did not leak. This would have been major news knowing that such a prolific actor was going to be playing a role in one of the biggest franchises in the world. Of course, Marvel is well known for keeping their secrets and swearing their actors to secrecy. Most famously, during the filming of Avengers: Infinity War and Avengers: Endgame, actors were given either partial scripts, heavily redacted scripts, or fake scripts entirely just to keep the movies’ secrets. So it shouldn’t be entirely surprising that Marvel was able to keep such a big secret under wraps, but how did they do it?

Well, Louis-Dreyfus finally took to Twitter and showed just how it was done. In order to sneak her on and off of the set, they had her wear a black cloak to hide her identity. This may seem a bit dramatic, but again, Marvel is well known to use such spy tactics to prevent spoilers from leaking and it seemed to work.

Val’s role in the future of the MCU is uncertain; however, the character has a long history in the comics, dating all the way back to the ‘60s. She was a skilled spy and S.H.I.E.L.D. operative until she crossed them and started serving Hydra, becoming known as Madame Hydra. She even has a long romantic history with Nick Fury. Whether Marvel will use this as her backstory is unknown, but they have a lot of material to work with.

Since Val recruited John Walker, she could be interested in building her own team of superheroes like what Fury did except possibly to do more harm than good. Louis-Dreyfus is such a huge name that it would be a shame to waste her on such a small role in The Falcon and The Winter Soldier which is why it is likely audiences will see a lot more of her. Since her debut was meant to be in Black Widow before release dates got shuffled around, that will be the next time audiences meet the character. It will be interesting to see what more Val has up her sleeve.