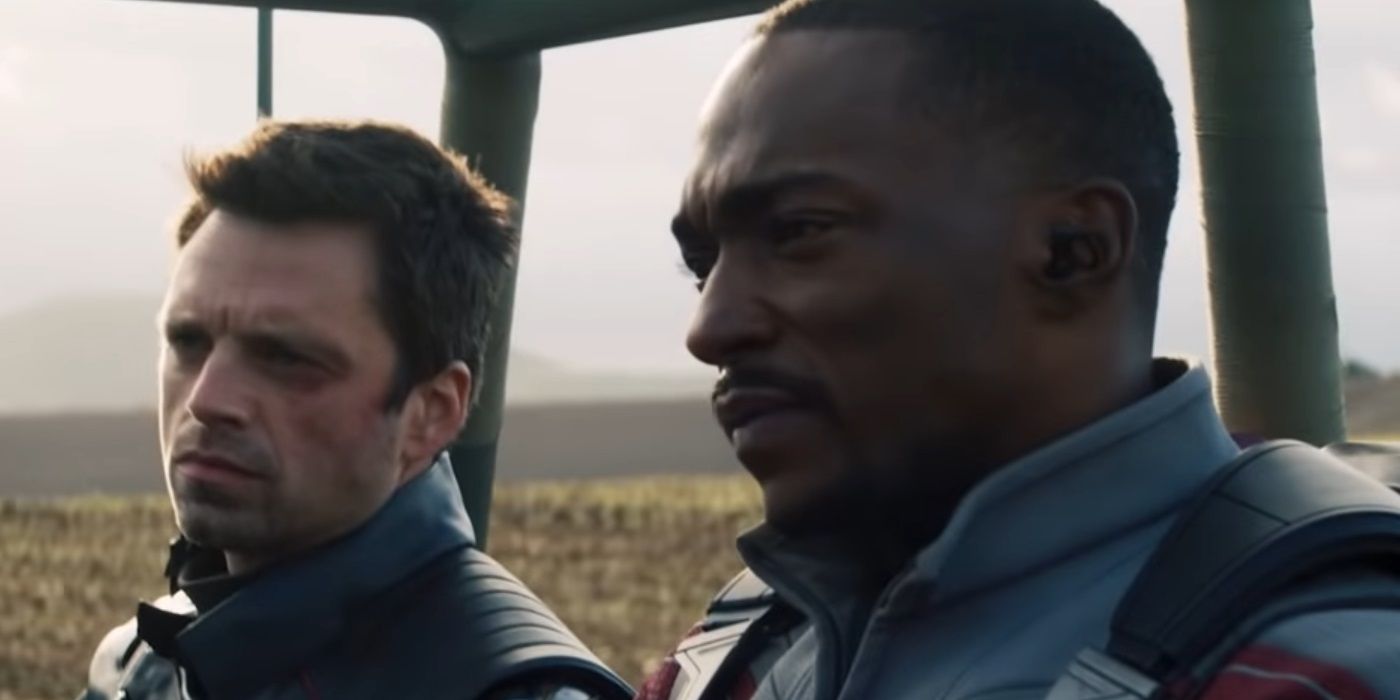 Screen Junkies is back with its latest Honest Trailer, this time poking fun at The Falcon and the Winter Soldier and including a montage of the characters’ stares. The latest MCU Disney+ show recently concluded its six episode run. Like WandaVision, the series was a big hit, and helped to set up upcoming events in the MCU.

At the end of Avengers: Endgame, when Steve Rogers gave Sam Wilson the shield, few could have predicted the storyline that would transpire. The Falcon and the Winter Soldier continued from this key scene. Episode one had Sam give the shield to the government for museum display, believing the iconic weapon didn’t really belong to him. The government later decided to instill John Walker as the new Captain America. Eventually, after Walker killed a Flag-Smasher, he is relieved of duty, although he does help the protagonists stop the terrorist group in the season finale. In the end, as Steve originally intended, Sam took the shield and became the new Captain America. This, along with other developments, means some big things for the future.

Screen Junkies has uploaded its Honest trailer for The Falcon and the Winter Soldier. The video pokes fun at numerous things about the show, from the protagonists’ staring, to the fact that fans have to stay up late to watch to avoid spoilers on Twitter. Check out the Honest Trailer below:

Many MCU fans may take offense to Bucky being called an Avenger no one cared about prior to the show. One of the video’s more humorous parts is talking about Julia Louis-Dreyfus appearing in the show, and the scene with George Costanza in Thanos form holding the Infinity Gauntlet. Certainly, seeing Jason Alexander star in an MCU project would generate plenty of social media discussion and memes.

Jabs aside, The Falcon and the Winter Soldier delivered much of the enjoyable aspects of the MCU in miniseries format. The banter between Sam and Bucky was often fun, and it was good to see Zemo again after Captain America: Civil War five years ago. The action was impressive, and John Walker’s character arc was interesting. The show wasn’t perfect, but it effectively furthered development of its two title characters while also setting up new storylines. With Captain America 4 reportedly in development, hopefully it won’t be too before fans see where Sam’s story as the new Captain America goes in the MCU.