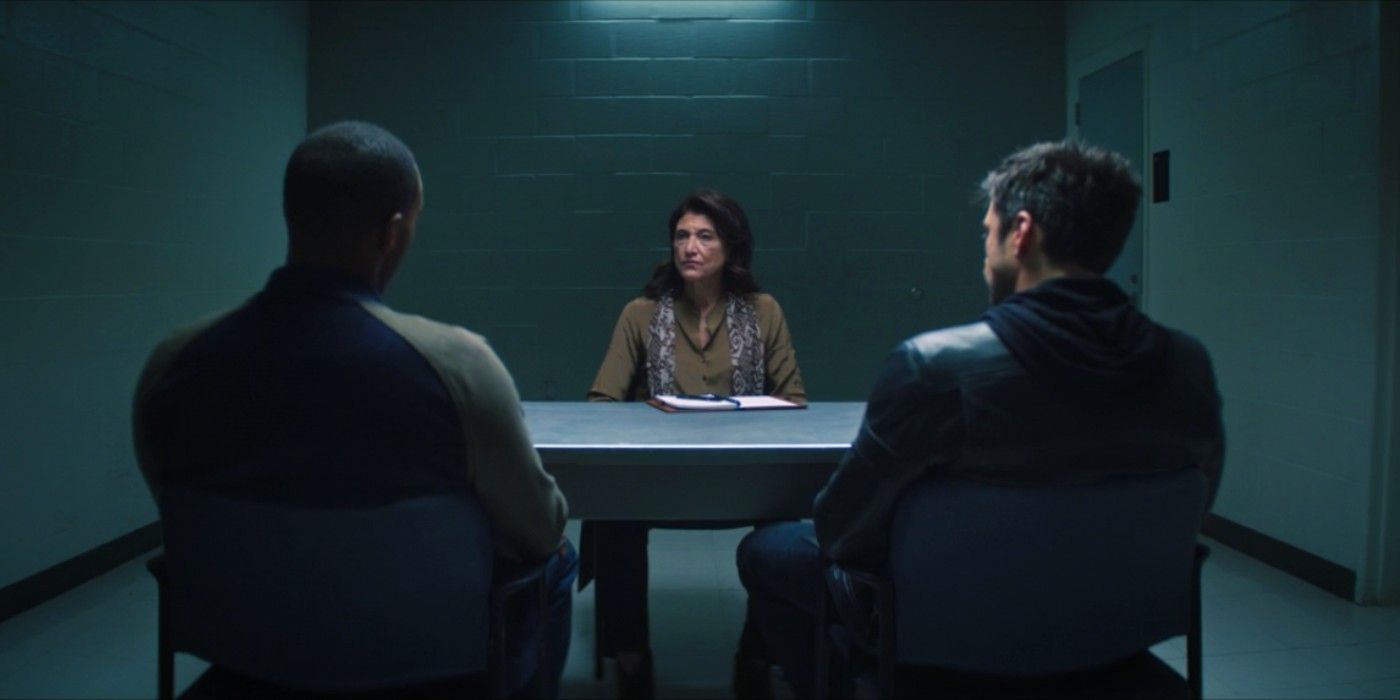 The Falcon and the Winter Soldier has already fully opened the door to this conversation about PTSD with its first two episodes, and it appears that they won’t let up on this discussion anytime soon. Showrunner, Malcolm Spellman, has promised an emotional climax in episode 5, which strongly suggests that fans will get a close-up into what the characters have been feeling post-Blip. With the latest introduction of history’s forgotten Captain America (Carl Lumbly), it appears that the show will have plenty of opportunities to dive into trauma, PTSD, how it can affect everyone differently, and – most importantly – what a person can do to cope.

As Aquino mentions, Falcon and the Winter Soldier is also tackling the topic of systemic racism. Episode 2 included a scene in which a cop automatically assumes Sam is bothering Bucky – an experience that is unfortunately far too common for Black people in America. This type of social commentary will likely pop-up again as the series continues, especially if Sam finally takes up Cap’s shield.

Of course, the MCU likes to balance out the serious moments with humor and charm. For The Falcon and the Winter Soldier, this balance can happen, thanks to Mackie and Stan’s impressive comedic talents and their clear chemistry. Although Bucky and Sam have a complicated relationship, it already seems like the two are warming up to each other, and their banter during that process has been entertaining to watch. In short, fans don’t have to worry about losing any of the action or wit that comes with Marvel projects. But now, fans will also have the opportunity to learn more about their own mental health through the lens of the superheroes and their experiences, which, as Aquino said, is extremely important. After all, we all need to “actually do the work in order to get healed,” and superhero stories can help us do that.