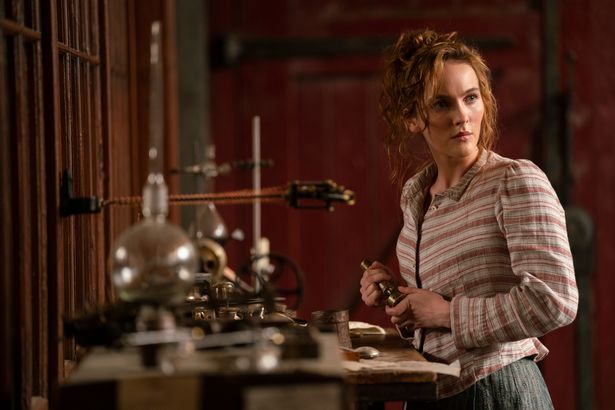 Magical new show The Nevers is getting a lot of attention on social media after premiering in the UK.

Kicking off this week on Sky Atlantic and Now TV, it’s essentially a show about Victorian women with unexplained powers, which is a premise that has us hooked.

If it sounds like something that might be your cup of tea, here’s everything we know about it so far to help you make an informed decision…

What’s The Nevers about?

Although the term ‘feminist’ wasn’t yet coined by the end of Queen Victoria’s reign, when The Nevers is set, the theme of the show is feminist, as it’s a celebration of a set of strong stand-out women in what was very much a man’s world.

“In the last years of Victoria’s reign, London is beset by the ‘Touched’: people – mostly women – who suddenly manifest abnormal abilities – some charming, some very disturbing,” goes the show’s promotional material.

The show has already dropped in the States, and viewers have been sharing their feelings on Twitter.

“Laura Donnelly is 100% perfect casting! #TheNevers ,” wrote one fan, and another wrote: “Penance is my favorite without a doubt.”

“Can’t stop thinking about them… #TheNevers I can’t wait for the next ep !” wrote another fan, and another said: “Wow that last episode of #TheNevers was mind blowing and emotional and completely fulfilling and yet…. more now please.”

Others weren’t quite so gushing though. A few fans tweeted saying they found the plotline confusing, for instance.

* The Nevers is out now on Sky Atlantic and Now TV