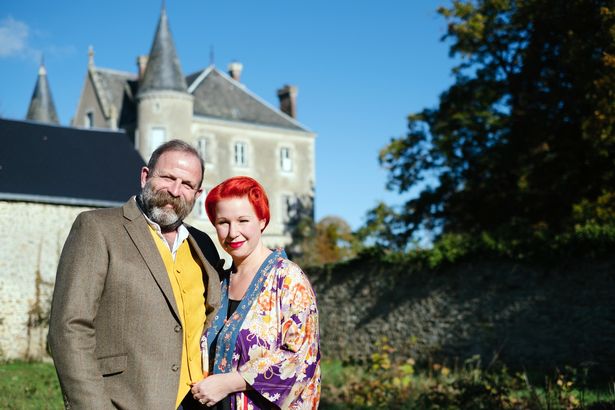 Dick Strawbridge and wife Angel Adoree made a life-changing decision in 2015 and decided to buy a 15th century chateau in the French countryside and leave the UK behind.

Their investment was Chateau de la Motte-Husson, which is situated in Martigne-sur-Mayenne, France.

Between the 12th and 14th centuries it was a fortified stronghold in the parish of La Motte before bring named as a castle in 1406.

The property was rebuilt between 1868 and 1874, with a square moat added and 150 years later, Dick and Angel decided to make it their home, with their trials and tribulations being documented for the TV series, Escape to the Chateau.

After falling in love with the property, the couple planned to breathe new life into it and make it their dream home.