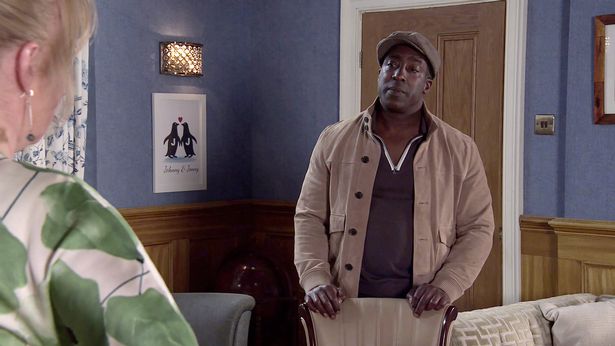 Coronation Street could be about to air an affair twist between Jenny Connor and Ronnie Bailey.

But Jenny will be left taking a U-turn and not out of guilt for her husband Johnny, but because of a bombshell about Ronnie.

She has been lonely ever since her husband went to prison last year over a crime from his past that led to a death.

The recent arrival of new lodger Ronnie, the brother of Ed Bailey, has left her conflicted due to their clear chemistry.

Next week this intensifies, as the pair grow even closer – but there’s two twists ahead.

Jenny is later found distraught by Daisy who is suspicious over her reaction, but will she admit what’s going on?

There seems to be more to the situation though as Ronnie tells Ed he plans to sell half of his business to Kat, and then see where the mood takes him.

It dawns on Ed that his brother is leaving and he’s shocked, while Ronnie is soon asking Jenny for another chance.

There’s another twist though, when Johnny arrives home from prison unexpectedly – so will he catch them in the act?