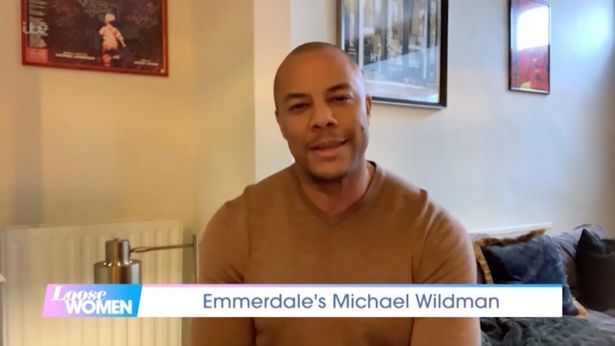 Al was engaged to Priya Kotecha (Fiona Wade) but was secretly seeing Debbie Dingle (Charley Webb) until the two women found out about each other and decided to conspire to take Al down.

But Michael believes Al really does love Priya, but he “has his weakness” which is why he also fell for Debbie, but not to the same extent.

Janet Street Porter asked: “Did people associate the character with you in real life, did people approach you and give you a bad time?”

Michael replied: “Luckily no, people who know me or live where I live, everyone is really supportive of what I am doing on the show and they know who I am.

“I am pretty sure I don’t share any traits with Al.

He added that because of Covid restrictions, he was unable to get to know Charley before they filmed scenes together and he found that tough.

“It was quite difficult actually you know for both myself and Charley just not meeting at all and then having to get into that storyline, trying to mirror the relationship that Al has had with Priya,” he explained.