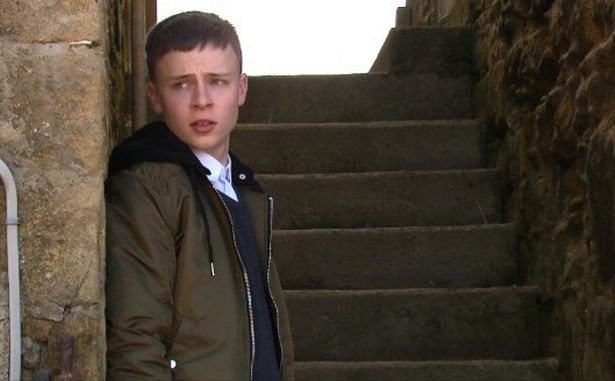 Emmerdale fans have been left baffled by the latest storyline involving the identity theft of Samson Dingle’s stepmum Lydia.

In last night’s episode of the ITV soap, the teenager ended up in a brawl with two thugs at school, as he tried to defend her.

The evil schoolboys had been threatening Lydia after she was wrongly accused of scamming local people of their money.

Samson’s stepmum recently had a brick thrown through her window by the boys following the accusations, and the teenager tried to get his own back on the thugs by confronting them at school.

He threatened the two boys with a crowbar, with them telling Samson that Lydia is a scammer.

“How did Sampson know Lydia had her identity stolen she’s only just found out herself, he’s at School,” a third added.

Fans of the soap saw Samson chase the two thugs down the hallway with a crowbar in his hand.

The youngster tried to explain that his attempt to confront the thugs was to protect Lydia.

But Sam told the teenager he had let the family down.