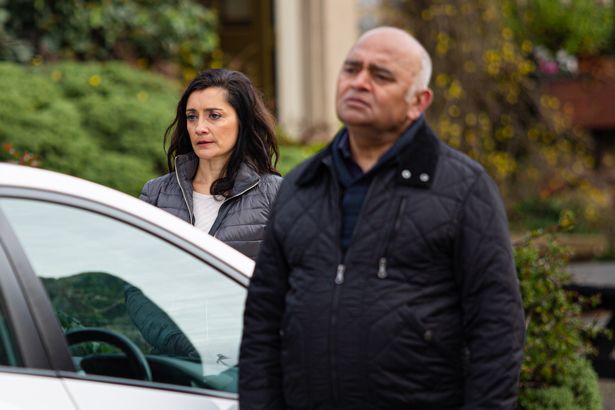 Emmerdale fans finally learned Manpreet’s shocking secret in the latest episode of the ITV soap, and the ramifications are set to be huge.

The character was revealed to have led a double life 15 years ago, with her engaged to newcomer Charles while already married to another man.

She posed as a woman called Saira the entire time, while having another family, before things came to a head and she decided to leave Charles for good.

But the way she did it led to devastation, as she jilted him at the alter and vanished into thin air with no explanation.

Charles searched for her for years but ended up presuming she was dead, leaving him and son Ethan, who was nine years old at the time, distraught.

A heartbroken Manpreet will try to explain what happened with Charles, and why she ditched him all those years ago.

But with her constant lies, not to forget her secrets at the start of their relationship, he’s left unsure if he can move forward with her.

With their marriage based on so many lies, will this be the end for the couple?