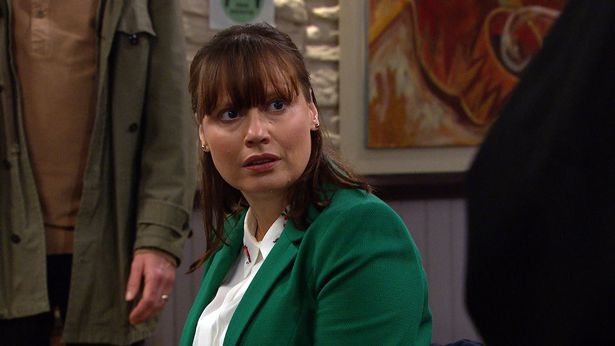 Emmerdale viewers have been sharing their suspicions over who could be behind Lydia Dingle’s shock arrest in recent episodes.

The character was mortified and confused when a police officer tracked her down, just as she was having a job interview.

She was soon arrested on suspicion of fraud in relation to a pension scheme scam, while viewers know that Lydia is innocent.

Lydia pleaded her denial, and said she didn’t even have a pension – while she was made to bring her laptop with her to the police station as evidence.

Do you enjoy reading about the soaps? Sign up for all the best soap news from the Mirror here

One viewer said: “I don’t think Paul was smart enough for a pension scheme maybe Lydia’s real mother or sister or even Gabby to get Lydia away from Kim and Home Farm.”

Another questioned: “Assuming their doing an identity theft storyline with Lydia snd not necessarily Paul that done it?”

A third added: “I’m convinced someone else is behind Lydia’s fraud and not Paul.”

This was echoed by another fan who said: “I’m thinking Samson could be behind the pension scheme that Łydia is being punished for! That would be interesting!”

A further theory read: “My theory is that in applying for that job Lydia gave away her confidential details. She’s been scammed through her application. Probably for a job that doesn’t exist.”