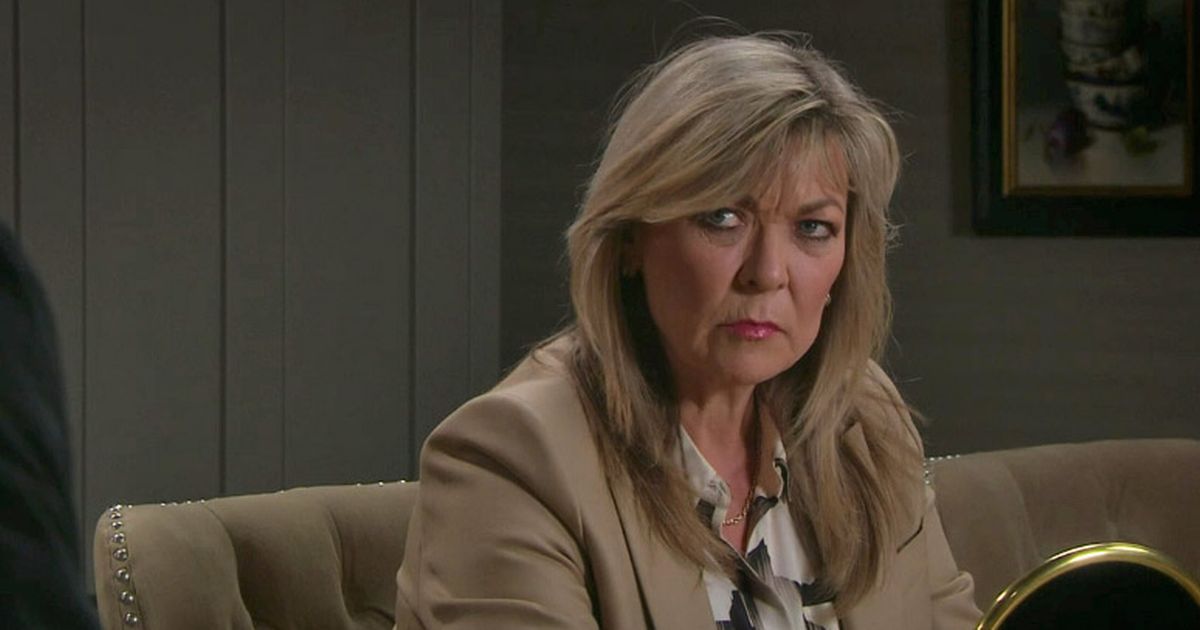 Emmerdale fans were stunned on Friday evening when Kim Tate confessed her true feelings for Will Taylor.

The hard-faced businesswoman is known for her scathing comments, but during the latest episode of the ITV soap, viewers saw a softer side to her.

Will barged his way into Home Farm and told Kim exactly how much he likes her, but she brushed him off and told him he would receive his payment for helping her fake her death and then asked him to leave.

Kim looked disappointed when Will actually walked out, but she was later seen getting glammed up and applying lipgloss as she anticipated his return.

However, another Emmerdale fan predicted: “Is she going to fall for Will and he will take her for everything #Emmerdale.”

Earlier this week, Will helped Kim catch out her son Jamie when she realised he was the person who had been drugging her.

As Jamie watched on camera, Will pretended to put pills in Kim’s drink and when Jamie was called to Home Farm, he found his mother dead and Will being arrested.

However, it was all just a clever ruse by Kim as she later surprised Jamie and told him to pack his things and move out of Home Farm.