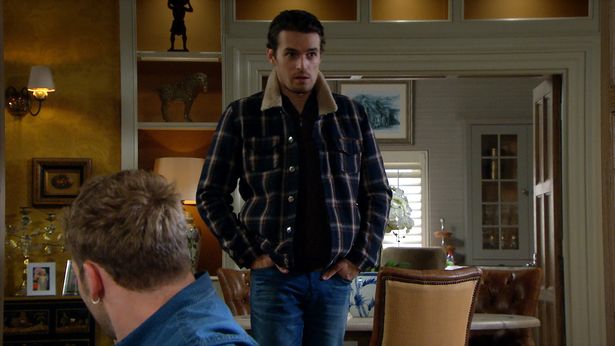 Emmerdale revealed a surprising new ally for Jamie Tate this week, as newcomer Mackenzie took his side over the Dingles.

Moira Dingle’s brother shares a dark past with his sibling, something that was finally exposed in recent scenes.

But Mackenzie is still angry with her and doesn’t believe her version of events.

Now, despite Jamie almost killing her in a recent hit-and-run, Mackenzie has backed him over his own family.

While he is obviously in it for the money, he seemed quite keen to be hated in the village as much as Jamie is.

Taking to Twitter, many of them shared their shock at how much a month the character was being paid.

One viewer wrote: “£3k a month for a farmhand? He’s slightly overpaid methinks.”

Another agreed: “3k a month!? I will help Jamie for that.”

Meanwhile, a fourth wrote: “Wow Mckenzie 3 grand a month, hes 1 of the few raking it in during a pandemic #emmerdale.”