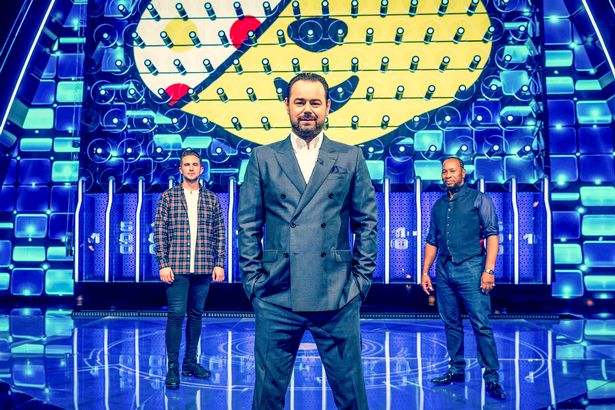 Danny Dyer’s hit BBC One gameshow The Wall is tried out by two familiar faces next week.

The Mick Carter actor is joined by two of his EastEnders co-stars, as they tackle the money filled wall to raise some funds for charity.

Tony Clay and Roger Griffiths join their EastEnders pal in the gameshow studio, hoping to win some money for Children in Need, supporting disadvantaged children around the UK.

The actors who play Callum Highway and Mitch Baker face difficult questions as they attempt to beat The Wall.

In fact, it’s an EastEnders crossover of sorts as there are questions related to the BBC soap.

“It didn’t feel strange for us. It’s just standing in front of that wall was very, very intimidating.

“But having Danny there was good, it’s familiar to us. It made it easier.”

Tony added: “He said to be calm and take it as you can.

“He’s so great and has a natural calming presence about him. It was really nice to do it with Roger too, he’s the calmest man in the game so that was lovely.

“We were pretty good working together in the game, it was like our brains were connected. I think we did alright.”

BBC Children in Need returns to BBC One on Friday November 13 at 7pm.