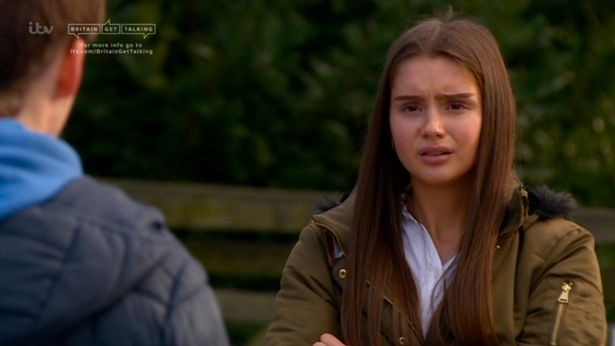 Sarah Sugden was left horrified on Emmerdale, when drug dealer Danny returned to the village.

He’d been in prison for dealing after Sarah dropped him in it with the police last year.

She was scared of seeing him again, fearing he might want revenge on her.

But Danny claimed he liked her, and that he wasn’t out to get her.

Instead he told her he had changed and was actually glad to have been inside, before telling her he was sorry for what he did.

Taking to Twitter, fans urged Sarah to get away from Danny believing he was lying to her and out to get her.

One fan said: “Don’t Listen Sarah He Is Lying.”

Another agreed: “Stay away from him Sarah.”

Meanwhile, a fourth echoed this tweeting: “Danny going to pretend he has changed.”