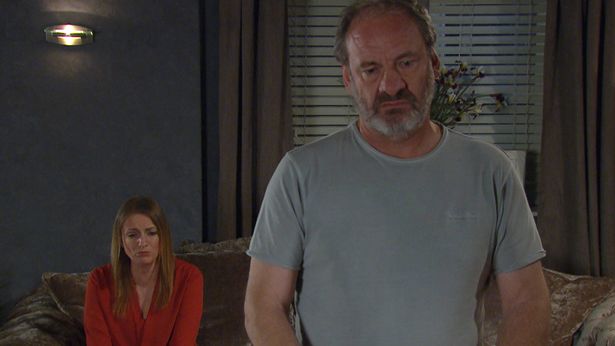 Emmerdale spoilers confirm fresh heartache for the Kings, as Jimmy King could be looking at a long stretch in prison.

His future on the ITV soap has been teased, as it has been revealed police will charge the character with death by dangerous driving next week.

The crime carries a current maximum of 14 years imprisonment, while there’s also possible fines and driving bans alongside this.

His sentencing has not yet been confirmed, but Jimmy will soon drop a bombshell on his wife Nicola leaving her floored.

Just weeks ago, Jimmy almost died in a fiery lorry crash when he drove into a barn after veering off the road at high speed.

Jimmy is furious and a row erupts between the couple, just as Carl’s mother Juliette arrives.

When he kicks her out of the house, he rages at her in the street only to be watched by an upset Carl.

The next day, Nicola begs Jimmy for them all to pull together as a family but she’s left utterly floored when he makes a major declaration.

Emmerdale airs weeknights at 7pm on ITV, with an extra episode on Thursdays at 8pm.