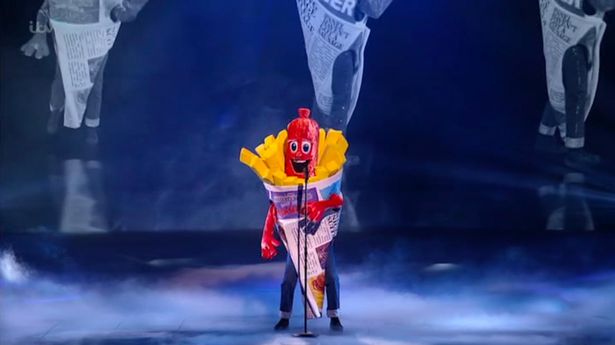 Comedian Ed Gamble has been forced to deny he’s one of the secret celebrities on The Masked Singer after his girlfriend called him out.

The funnyman revealed his partner Charlie Jamison is convinced he’s the singer in the sausage costume and is refusing to believe his denials.

The show features celebrities singing on TV with their identities hidden behind extravagant costumes.

The judges and the public spend the series trying to guess who is behind the masks.

After the show returned to TV on Boxing Day, Ed, 34, shared a picture of the sausage and said he was having trouble convincing his partner it’s not him.

He tweeted: “Don’t worry guys, my girlfriend thinks I am Sausage on #TheMaskedSinger and have somehow kept that from her.

Sophie Ellis-Bexter was the first celebrity to be given the boot on The Masked Singer on Saturday night after the panel guessed her identity.

She was the show’s alien and the singer later admitted even her young daughter guessed it was her when the show aired.

“Yes so as most of you guessed. It was me & she in #themaskedsinger. Even my one year old pointed at the telly and shouted ‘mummy!’ when I started singing in the alien suit!

“Anyhoo a fun and trippy way to spend a few days and enjoy the rest of the show- no idea who anyone is!” she tweeted.

The Masked Singer returns next Saturday at 7pm on ITV.