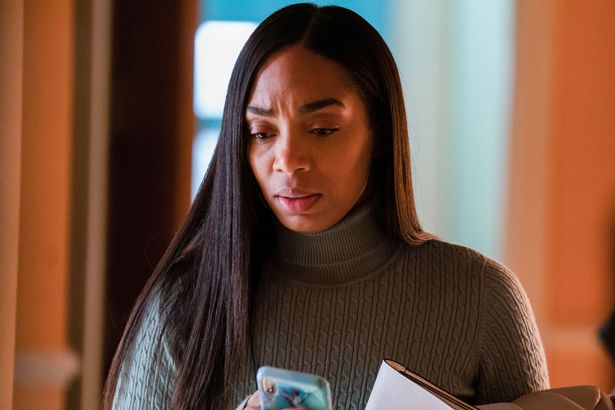 EastEnders actress Zaraah Abrahams has teased a brutal ending to her character’s plotline.

The former Waterloo Road star, 34, made her debut as Chelsea Fox just before Christmas on EastEnders, taking over from Tiana Benjamin who previously played the part from 2006 to 2010.

The character’s return saw her accompanied by – and apparently standing by – her serial killer father Lucas Johnson ( Don Gilet ) following his release from prison.

Chelsea’s decisions put her at odds with her mother Denise Fox ( Diane Parish ), who recently was reunited with her young son Raymond, who she was the result of a drunken one-night-stand with Phil Mitchell ( Steve McFadden ).

However, it recently became clear that Chelsea has not forgiven Lucas for his crimes and is merely using him to save her own skin amid her own criminal troubles.

These scenes are due to air in next week’s episodes.

However, on Thursday night’s episode, Lucas meets up with Denise, her former boyfriend Jack Branning ( Scott Maslen ) and Patrick Trueman ( Rudolph Walker ) to express his remorse over what he has done in the past.

Is Lucas genuine in his attempts to make amends?

*EastEnders continues on Thursday at 7.35pm.

What do you think will happen with Chelsea Fox’s storyline on EastEnders? Let us know in the comments below.