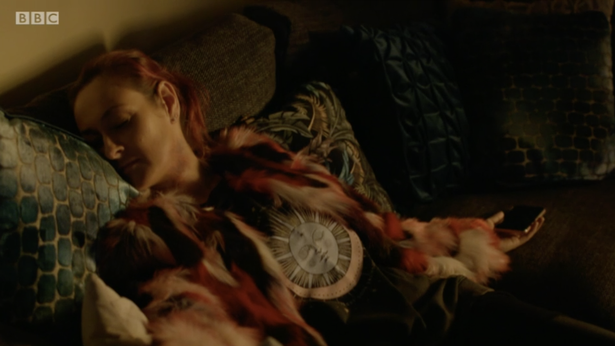 EastEnders star Luisa Bradshaw-White, who plays Tina Carter, has confirmed the character is definitely dead after being murdered by Gray Atkins on Monday.

After some fans theorised Tina was not really dead despite Gray being seen wrapping up her dead body to bury it, Luisa has confirmed the door is closed for good.

She said: “I’m happy with the fact that she can’t come back, so it’s a proper shut door, the final nature of it I needed.

“But yes, it’s exciting, isn’t it? It’s an exciting storyline to get as an actor, so it was nice to play the drama of it all.”

In tonight’s episode, Gray tells his murdered wife Chantelle’s mum Karen Taylor that he wants their children back full time.

Grieving mum Karen is likely to struggle with this – and little does she know Gray is highly dangerous.