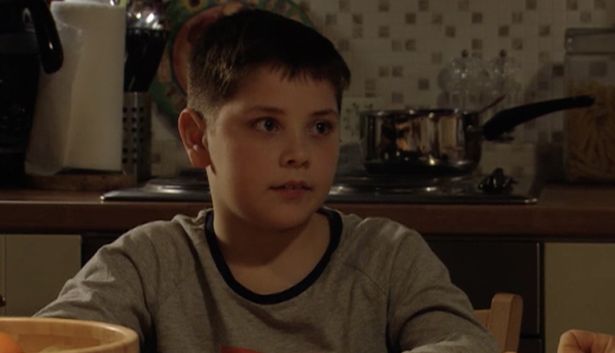 EastEnders star Shay Crotty has thanked the BBC soap and his cast mates, after confirming he is leaving the show after around four years in the role of Tommy Moon.

After some time away from the Square with Kat and stepfather Alfie Moon, Shay returned to the role in 2018 and has played him since.

Tommy recently appeared in moving scenes when he was seen confiding in Kush Kazemi about his struggles with school.

He was soon diagnosed with dyslexia, and teacher Isaac Baptiste helped tutor him outside of school.

“It was just a such pleasure working with you and dad @theshanerichie, I learnt so much from you both and laughed so much!! Best family on the square #fact.”

EastEnders have yet to officially announce the departure of Shay, or said what will happen to Tommy.

But according to Digital Spy, the soap are keeping Tommy in the show as a character and the role is being recast – so a new actor is likely to play him.

It’s not clear when the change might happen or if it will be addressed on the BBC soap.

Viewers commented underneath Shay’s online posts to wish him luck, and bid him farewell.

The Mirror have reached out to the BBC for comment.