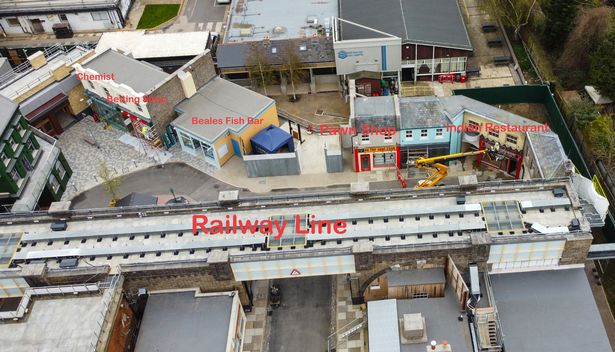 EastEnders ‘ brand new set is close to completion after the BBC spent a whopping £87million on the revamp, with new pictures illustrating what fans can expect when it’s ready.

The new set in Borehamwood includes shops and a marketplace, a block of flats, a railway line, a new Queen Vic pub, and of course, the Square, which is being built right next to the old one.

Builders were spotted packing up their supplies on Wednesday, after they returned to their work following the lockdown that halted and delayed the building works for considerable time.

The BBC has faced some backlash over the project, dubbed E20 after the soap’s fictitious postcode, as it’s already a whopping £27 million over budget.

The new set is made up of a “front lot”, which is a brickwork replica of the current set, and a “back lot”, which will be used for locations to “better reflect modern East End London”.

A spokesperson for the BBC said: “We strongly reject the notion that there has been any complacency in managing this project.

“Like any building work of this scale, there have been challenges along the way including construction market issues beyond our control and working on a brownfield site.”