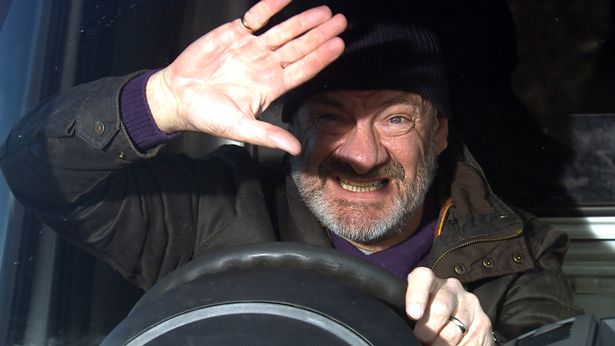 A deadly explosion in Emmer­dale’s barn on Thursday leaves Mandy Dingle’s wedding dreams hanging by a thread in the first spectacular TV soap stunt since the pandemic started.

Over the past three days, teaser scenes have been screened showing three residents lying in hospital – Paul Ashdale, Liv Flaherty and Jimmy King – but fans will have to tune in to find out who is in grave danger of losing their life.

The nightmare begins when Paul and Liv have a row in the barn after she starts to gather evidence to prove he has been beating up son Vinny.

Meanwhile, driving towards the barn in a van is Jimmy, who is feeling panic-stricken about his struggle with ex Juliette over the custody of their son, Carl.

And just as he nears the barn, events take a dramatic twist, causing a catastrophe…

But there have been upsides to Covid, jokes Reece, because he hasn’t been confronted in the street by angry fans over his character’s evil bullying.

“For once, having a mask is a benefit,” he says. “Nobody recognises me and so far, there has been nobody with umbrellas beating me over the head!”

It remains to be seen whether he has done something new to spark fury but the coming days in Emmerdale are going to provide plenty of twists and turns for the soap’s loyal fans.

“Who is a goner?” asks Reece. “Soon we will find out if it is Paul, Jimmy or Liv. And there is a surprise fourth character who appears in the hospital too… so it could be any one of four.”