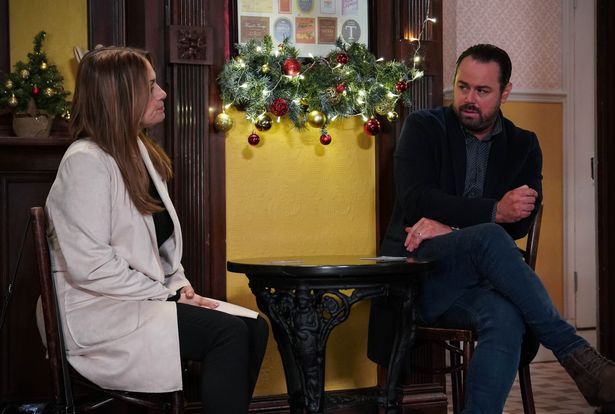 Mick Carter will confront his abuser Katy Lewis on New Year’s Day after he suffers a haunting flashback on NYE.

The former Queen Vic owner’s relationship with wife Linda, played by Kellie Bright, has rapidly declined as he has struggled to accept what has happened to him.

Linda began an affair with Max Branning after her marriage to husband Mick began to fall apart after lockdown.

What Linda doesn’t realise, however, is that Mick’s distancing from her is a result of the return of his abuser Katy.

She’s shocked, not realising he meant so soon – but will she really go with him?

Meanwhile, Shirley and Mick sit in the pub together as she’s hurt that her son won’t speak to her about what’s been going on.

Shirley admits that she doesn’t regret her outburst at Christmas and slams Linda, pointing out that Mick has tried too hard with her over the years and that she’s gone as soon as Max comes along.

On New Year’s Eve, Mick is struck by another flashback from when he was young with Katy, but will it help him accept what happened to him.

The next day, he prepares to face his deepest fears and plans to visit Katy.

As he comes face to face with Katy at her door, she is stunned.

What will Mick say to her?