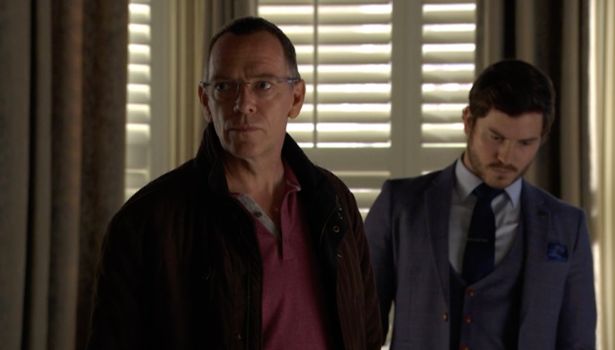 EastEnders fans appeared to work out who really attacked Ian Beale this evening as Max Branning and Tina Carter were ruled out.

Tina has found herself as the prime suspect in Ian’s attempted murder, with a pizza delivery driver’s false account leading to her being charged.

But Ian was hit with another threat as a brick smashed through his window with a note attached warning: ‘This isn’t over.’

Furious and terrified, Ian raced over to see Tina and confronted her over the attack.

But he told a stunned Linda that he had believed that she had attacked Ian, which was why he had hidden the weapon.

And fans reckon they’ve managed to work out who, out of the list of suspects, really attacked Ian…

One speculated: “I’m calling it now. Sharon attacked Ian. I think she’s found out about his involvement in Dennys death. She is going to bleed him dry now she’s married to him. #Eastenders.”

While another commented: “I’m certain it was Dotty that attacked Ian #EastEnders.”

Who do you think could have attacked Ian?

*EastEnders returns next Thursday at 8.15pm on BBC One