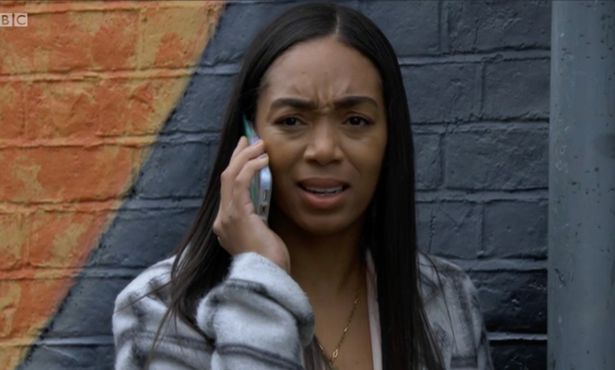 EastEnders appeared to hint Chelsea Fox has dangerous plans for her father Lucas Johnson, who is meant to be a reformed character.

The serial killer was recently released from prison, with Chelsea claiming he had changed and that she had forgiven him.

Her mum Denise was mortified that Lucas was back in her life and that he was living with her – with Denise terrified of her ex, after he held her hostage and faked her death years ago.

But recently it was teased Chelsea was actually plotting revenge against her dad, while this is yet to be revealed.

During Friday’s episode, fans learned more about what Chelsea was up to – and the truth about the recent attack on Lucas.

He said to her: “The load needs to be moved now. So stop trying to hide it and get it done.”

She responded: “I told you, I’ve got someone to carry them. But ever since your tantrum his face is still messed up.

“Airport security will fly at the chance to target a man with bruises. Three weeks works, no sooner.”

Taking to Twitter, several viewers believed Chelsea was using her dad to carry drugs or something else out of the country.

One fan wrote: “So, is Chelsea planning to use her dad to push drugs abroad?”

Another tweeted: “Soooo Chelsea is gonna use Lucas to traffic drugs out the country.”

A third added: “So Chelsea is gonna use Lukas as a drug mule.”