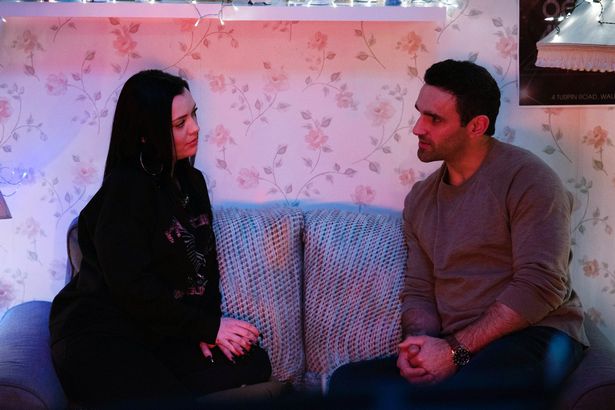 EastEnders’ Whitney Dean and Kush Kazemi got steamy in the latest episode of the BBC soap.

The pair gave into their feelings and kissed before appearing to take things further, while it hasn’t been confirmed whether or not they slept together.

Viewers were divided over the scenes with many shipping the new romance – as others were not so keen.

There was also the fact that it’s been confirmed Kush is leaving Walford soon, so it is bound to be short-lived.

This fact left many fearing the worst, wondering if the character will fall victim to killer Gray Atkins.

Taking to Twitter, one fan said: “No I’m more convinced that he’ll somehow set Kush up for Tina’s murder.”

Another tweeted: “Gray will have something to say about this. Will it be Kush or Whitney that has to deal with Gray’s twisted wrath? I so hope someone catches him this time.”

A third added: “Kush and Whitney are cute but he is definitely getting killed by Gray at some point.”