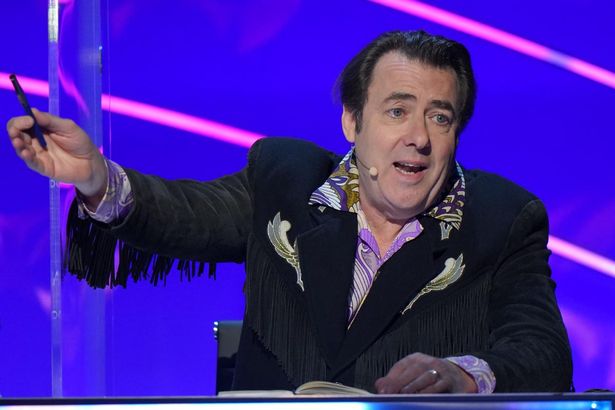 The age of just 42 seems a little young to be branded past it and uncool, but that’s exactly what Jonathan Ross has just done to me.

And not only has he called me old – and himself into the bargain – he’s dashed all my hopes of correctly guessing the identities of all three finalists in The Masked Singer this weekend.

“Badger is one I didn’t get, and you probably wouldn’t get it either because of our age,” says judge Ross. “I think that it’s one the younger crowd will know.”

Regardless of “our” age – Ross is 60 – nothing can get in the way of the childlike excitement that comes from trying to guess which celebrities are warbling away inside the, frankly, ridiculous costumes of Badger, Sausage and Robin.

“On Masked Singer, I’m as much a viewer as a participant. Rita’s lovely to hang around with. Davina’s wonderful and Mo is great fun, he’s brought a real breath of fresh air. And Joel couldn’t be lovelier. So there’s a real chemistry.”

His chat show is often on after the watershed so being on a hit family show makes a pleasant change.

Feedback from young people has been good and Jonathan has recorded video messages for school projects on the show. He says: “It’s really caught on with kids.

“I get sent loads of things on Instagram and Twitter of kids at home, with a bag on their head with a face drawn on, saying, ‘This is Robin aged four. He’s doing his version of Blob’.

“I’m the only one on the show with no stylist. I get a lot of feedback from young people who like my clothes. So I realised I dress like a toddler.”