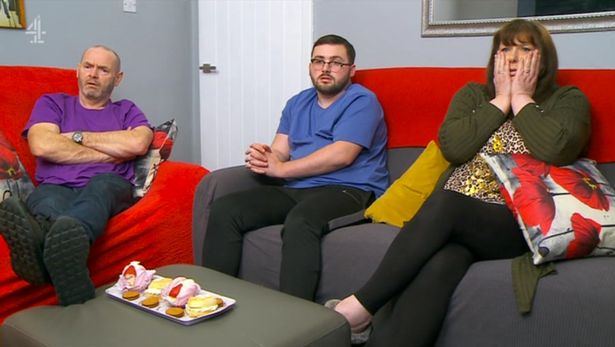 Gogglebox fans noticed a major change to the Malone family – and it wasn’t Tom Jr’s absence on the sofa.

Instead, viewers were distracted by the change in decor in their lounge, which sported new slate grey painted walls, white door and a new sofa.

While another commented: “Omg what have the Malone’s done to their living room.”

A third wrote: “Ooooohh The Malones have redecorated.”

But, taking to Instagram ahead of the return of Gogglebox this evening, Tom said that he wanted to “clear a few things up” about his departure.

He said: “My girlfriend never even wanted to be on the show and had nothing I [sic] do with me leaving.”

Following his announcement, fans wished him luck for the future, with one commenting: “Gosh 6 years I remember walking into the dance studio where I initially found you and your Mum good luck with the next chapter.”

While another wrote: “Congrats – bigger and better from here bro.”

“Congrats bro Best of luck for the future! More good things to come for sure,” another commented.

His parents also commented on the picture, writing: “Proud of you son.”