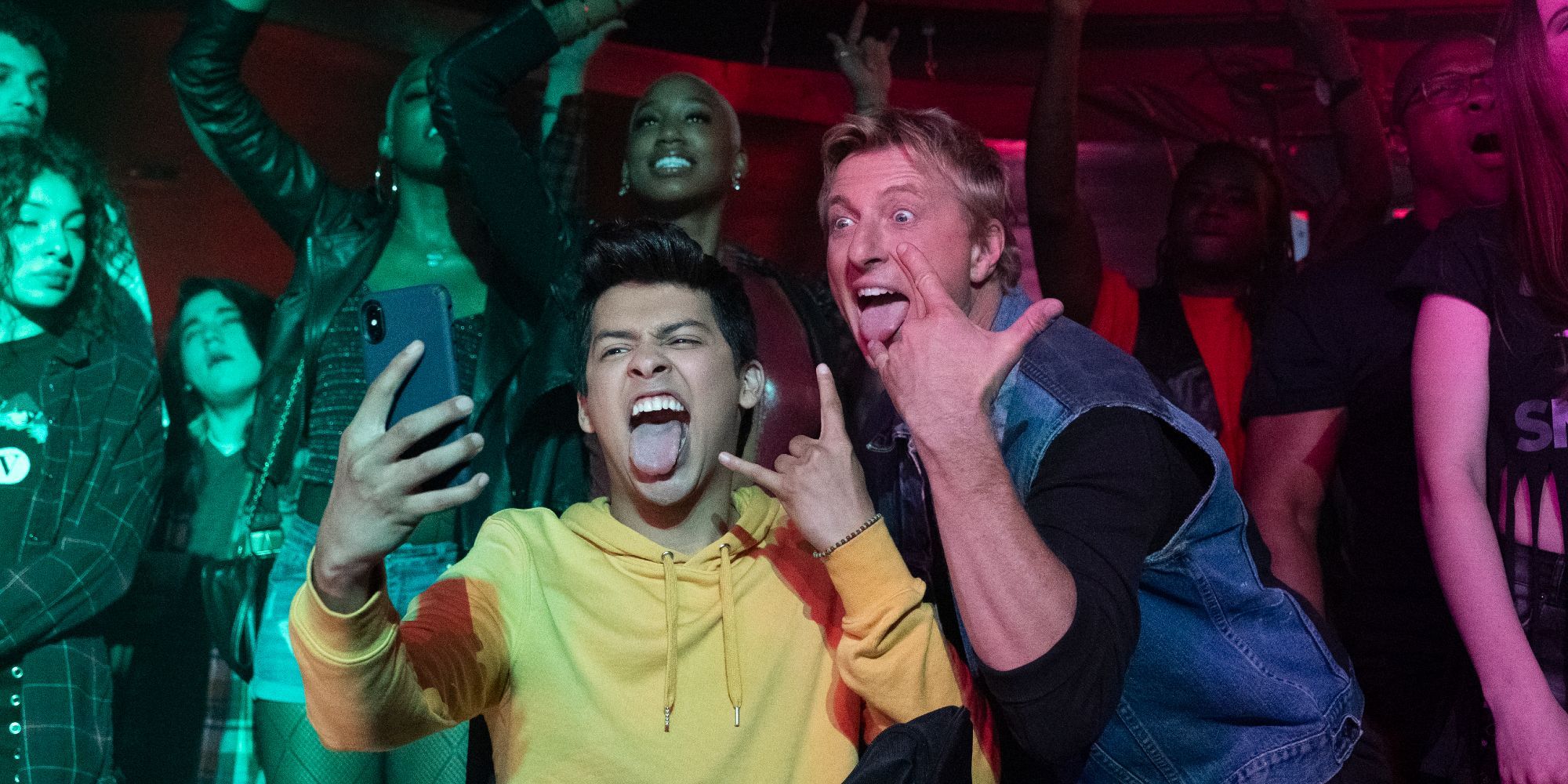 Cobra Kai season 4 has officially started filming. The Karate Kid franchise returned in a big way a few years ago, as the TV sequel series continued the stories of Johnny Lawrence (William Zapka) and Daniel LaRusso (Ralph Macchio) decades after they last appeared. Cobra Kai was a fan-favorite but underseen show during its first two seasons, due to them airing on YouTube TV. But once the series went to Netflix in 2020, the show found a much bigger audience and even had more viewers than the Netflix original series, Bridgerton.

Cobra Kai season 3 launched on Netflix in early 2021 and immediately climbed to the top spot on the streaming service’s charts. The latest chapter in the Karate Kid universe ended in a place that left viewers desperate for more. Daniel and Johnny have joined forces to prepare for the All-Valley Tournament to try and eliminate Cobra Kai once and for all. Thankfully, fans didn’t have to wonder if Cobra Kai would continue, as Netflix gave the show an early renewal for season 4. This gave showrunners, Josh Heald, Jon Hurwitz, and Hayden Schlossberg, plenty of time to prepare what will happen next.

It’s only been a few months since Cobra Kai season 3 debuted, but the jump start on season 4’s development has allowed filming to already begin. The official Cobra Kai Twitter account confirmed the start of production with a new post. It includes the script for season 4, episode 1, which reveals the title is, “Let’s Begin.” The logos for Eagle Fang Karate, Miyagi-Do, and Cobra Kai are all featured in the background.

With production now underway on Cobra Kai season 4, fans can rest assured that the wait for a new season of the show won’t be quite as long as last time around. Due to the series moving from YouTube to Netflix for season 3, fans had to wait over a year and a half to see what happened after season 2. This shouldn’t be an issue with Cobra Kai season 4, though, as the start of filming now should allow the series to return in early 2022.

As fans wait for the next chapter in Cobra Kai‘s story, many will be waiting to see what story details are revealed ahead of time. The season 3 finale set up John Kreese calling someone to help Cobra Kai. The most common theories point to The Karate Kid Part III villains, Terry Silver or Mike Barnes, returning for Cobra Kai season 4. Others hope that Hilary Swank’s Julie Pierce will return to the franchise. These theories have yet to be confirmed so far, but that could potentially change in the months that follow. All we know now is that Cobra Kai season 4 is filming, so hopefully more information on where the story is going will come before too long.