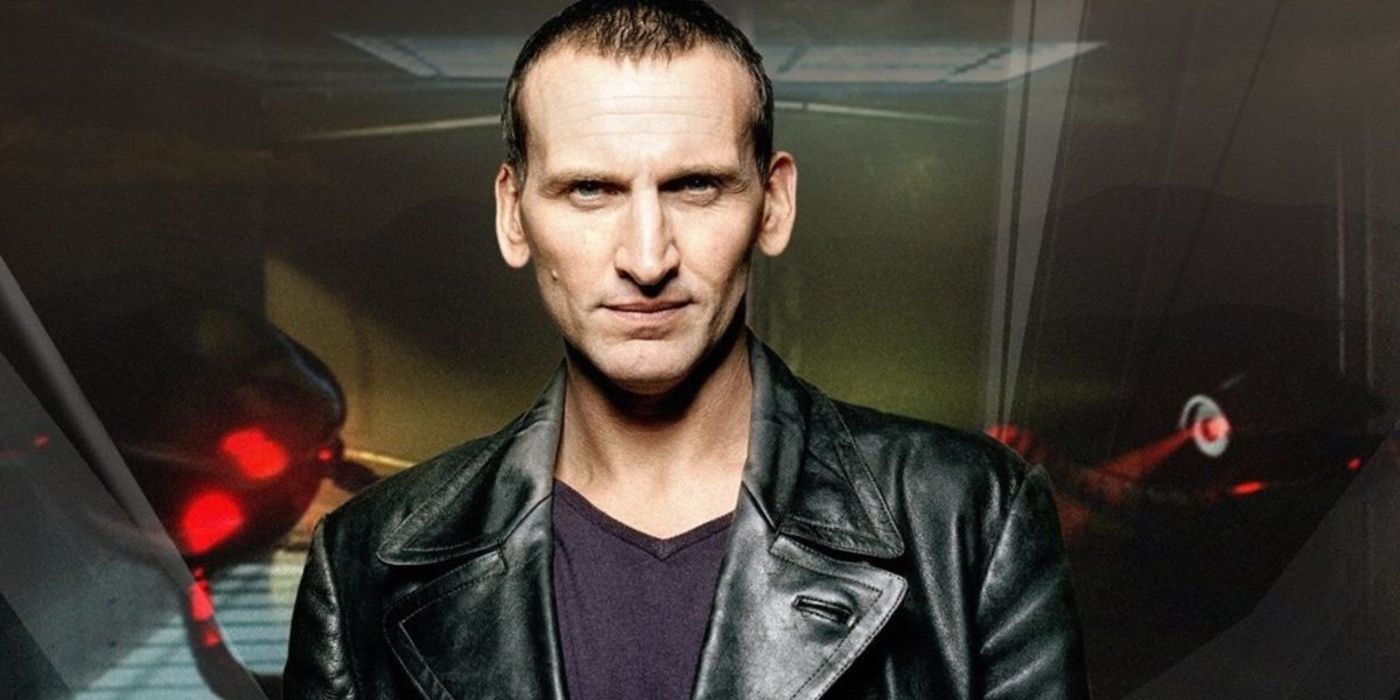 A new Doctor Who trailer reveals Christopher Eccleston’s audio return as the Ninth Doctor. The last time viewers saw him was in season 1 of Doctor Who‘s triumphant return to the small screen in 2005. Eccleston’s Doctor was full of optimism and passionate about the human race, making him and his companion Rose fan favorites that many still remember to this day. The season 1 actors also played a pivotal role in establishing the show viewers know and love now.

However, Eccleston did not have a great experience filming Doctor Who. He is still the only Doctor to have just a single season since the show was rebooted. The actor infamously left the show after not getting along with his superiors. In 2018, he stated a disagreement he had with the showrunner and other producers led to his sudden departure from the series. At the time of his exit from Doctor Who, it seemed unlikely Eccleston would ever return to play his iconic character again. For 16 years that has been true.

Now, Eccelston is finally returning to the world of Doctor Who. However, he still will not be appearing on the actual television show. Instead, he will be returning as the character in a new series of audio dramas titled Doctor Who: The Ninth Doctor Adventures. The series will be divided into 4 volumes, each containing 3 episodes. In these stories, The Doctor will face new foes, new characters, and thwart off universe-ending consequences. That is 12 new Ninth Doctor stories for audiences to explore. The official Doctor Who Twitter page just uploaded a trailer for Volume 1: Ravagers, which is out May 2021. Check it out below:

Eccleston has talked about how happy he is to reprise his Doctor Who role after so many years. However, this does not mean viewers should expect him to return to the TV show anytime soon. In December 2020, Eccleston was quick to clarify he would only return to Doctor Who in live-action “when hell freezes over.”

Despite this, it is still great to even hear Eccleston’s return to his iconic role of the Ninth Doctor. Having only one season did not allow enough time for the actor to fully flesh out his character and left audiences wanting more. These new Doctor Who audio dramas will give listeners a taste of what could have been had there been more of the Ninth Doctor. Additionally, they’ll allow Eccleston to have a positive experience with the long-running franchise again, making the upcoming series a win-win for all involved.